WORLD Philippine President Duterte to run for senator in 2022 elections

Philippine President Duterte to run for senator in 2022 elections 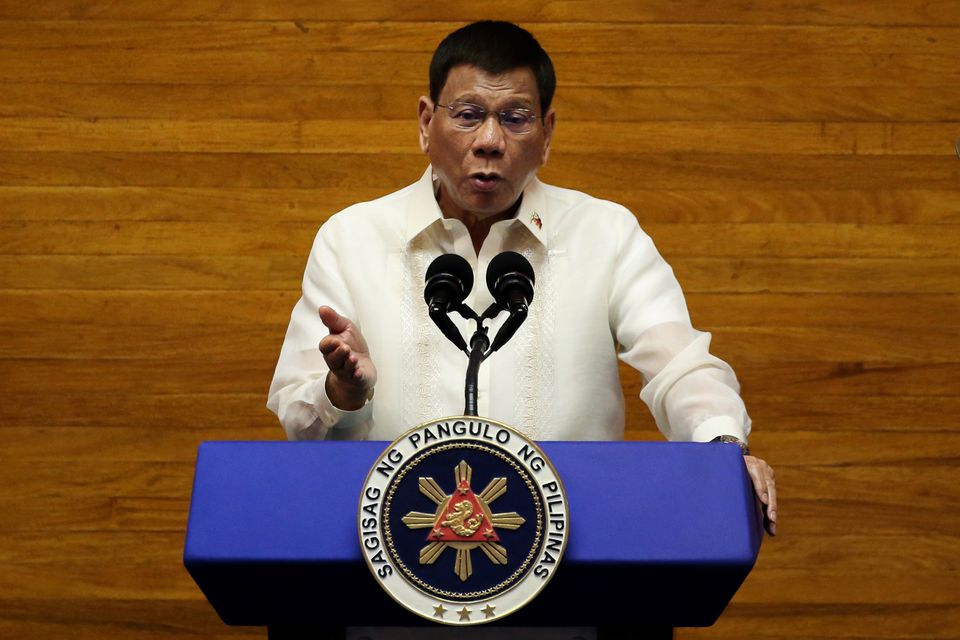 Philippine President Rodrigo Duterte gestures as he delivers his sixth State of the Nation Address at the House of Representative in Quezon City, Metro Manila, Philippines, July 26, 2021. (Photo: CGTN)

Philippine President Rodrigo Duterte on Monday filed his certificate of candidacy for senator in the May 2022 elections.

Duterte, 76, sent his lawyer to the Commission on Elections to register on Monday, the last day for making candidate substitutions. He will run under political party Pederalismo ng Dugong Dakilang Samahan (PDDS), rather than his ruling party PDP-Laban.

Last month, Duterte said that he was retiring from politics and will not run in the next elections "in obedience to the will of the people."

Duterte was elected as the president of the Philippines in 2016, and his term ends on June 30, 2022. The constitution limits Philippine presidents to a single six-year term. He is not eligible to run for president again, but he can run for other posts.

"Since I have filed my certificate of candidacy, I am no longer presidential spokesperson," Roque told reporters shortly after registering at the poll body.

The president's 43-year-old daughter, Sara Duterte-Carpio, had been expected to run to succeed her father as president due to her popularity and clear lead in all opinion polls this year on preferred candidates.

She however signed on to run for the vice president's post.

Candidates have until 0900 GMT on Monday to withdraw or switch positions by way of substitution.