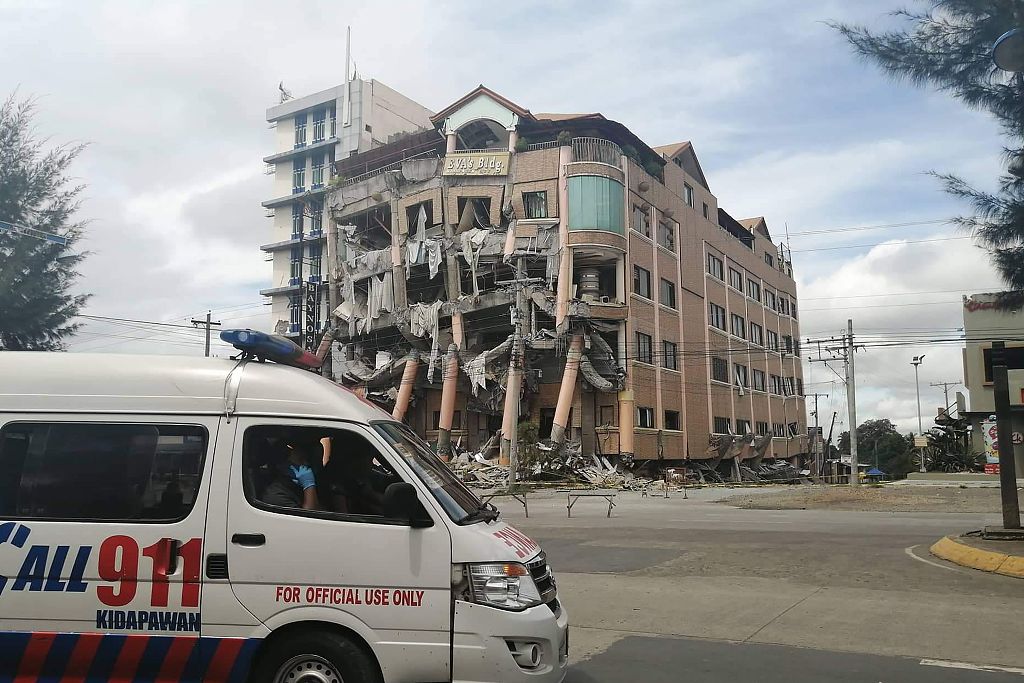 Go posted pictures of the cracks on the walls of Duterte's two-storey house. Go added that his own house in Davao City also sustained cracks.

Duterte was in the bathroom when the tremor jolted the central Mindanao region, Go added. Go said Duterte is doing fine and is resting at his home.

Presidential Spokesman Salvador Panelo said Duterte is safe in his home in Davao and is closely monitoring the developments.

"The president considers all situations arising from natural disasters that have caused widespread destruction to lives and property a top concern," Panelo said in a statement.

Already, Panelo said Duterte has directed all agencies and responsible local government units to provide the necessary assistance and immediate relief to those affected.

A 6.5-magnitude earthquake struck Tulunan town in Cotabato province in southern Philippines on Thursday, the second strongest within a week, the Philippine Institute of Volcanology and Seismology (Phivolcs) said.

The institute said the tremor, which struck at 9:11 a.m. local time hit at a depth of 6 km, about 28 km northeast of Tulunan in central Mindanao region.

Local media reported that a village official from Makilala town in Cotabaot province died after he was hit by falling debris. There are reports that the quake also damaged a condominium in Davao City, a hotel in Kidapawan City and a mall in Koronadal City.

A series of strong earthquakes jolted Cotabato province and nearby central Mindanao provinces this month, triggering landslides and causing damage to houses and buildings.

The quake that hit the region on Thursday morning is the second strongest in a week. On Tuesday, a 6.6-magnitude earthquake also rattled Cotabato province, killing eight people and injuring nearly 400 others.

Since the Oct. 29 earthquake, Phivolcs said it has recorded 740 aftershocks in the region.

The Philippines sees frequent seismic activity due to its location along the Pacific "Ring of Fire," registering quakes everyday, though most are not felt.