President Rodrigo Duterte will lift martial law in the southern Philippines by year's end, his spokesman said Tuesday, more than two years after it was imposed in an attempt to stop the Islamic State group gaining a foothold there. 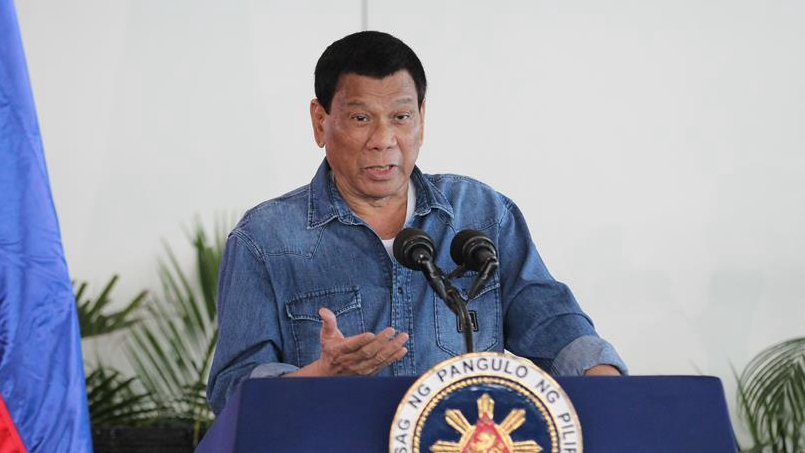 Duterte put the Mindanao region under military rule in May 2017, hours after gunmen flying the black ISIL flag seized the mainly Muslim city of Marawi, sparking a five-month battle that left 1,200 people dead.
"The (presidential) palace is confident on the capability of our security forces in maintaining the peace and security of Mindanao without extending martial law" beyond December 31, presidential spokesman Salvador Panelo said in a statement.

Duterte's security advisers had apprised him of the "weakening of the terrorist and extremist rebellion, a result of the capture or neutralisation of their leaders, as well as the decrease in the crime index," Panelo added.
Martial law had allowed the military to establish control with measures like curfews, checkpoints and gun controls in a nation where many civilians own firearms, either legally or illegally.
Suspects could also be detained for longer periods without criminal charges being filed in court.
However martial law is a contentious issue in a country ruled for 20 years by the late deposed dictator Ferdinand Marcos, who Duterte has hailed as the greatest leader the Asian nation ever had.
Congress allowed Duterte to extend martial rule over the entire south after government forces recaptured Marawi, ignoring opposition warnings of a creep towards authoritarian rule.

British-based watchdog group International Alert said in a report earlier this year that martial rule has reduced conflict incidents in Mindanao by 30 percent in 2017 and 2018.
Mindanao has however been hit by a number of deadly suicide bombings in a worrying escalation of militancy driven by the ISIL influence in Southeast Asia.