MANILA, Dec. 30 (Xinhua) -- The official death toll from Typhoon Phanfone has risen to 47 and is likely to keep rising as nine more persons are reported missing, the government said on Monday. 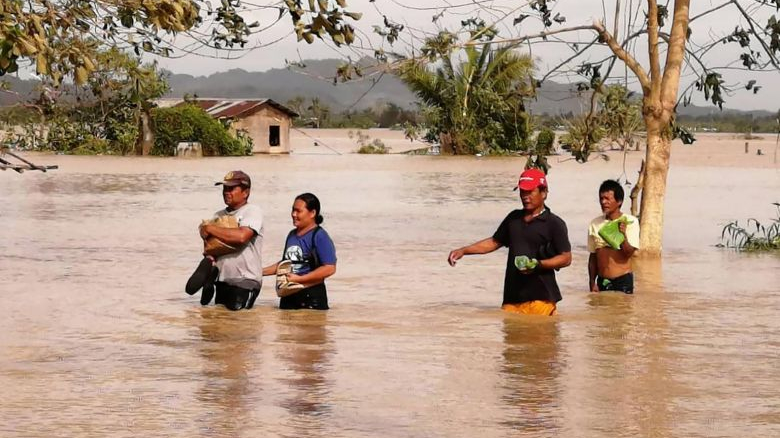 In its updated report, the National Disaster Risk Reduction and Management Council (NDRRMC) said the dead were recorded in four regions in the central Philippines and the northeastern tip of Mindanao island in the southern Philippines.

The disaster agency said 16 died in Iloilo, five in Capiz, five in Aklan, one in Cebu, one in Southern Leyte, five in Leyte, one in Biliran, five in Eastern Samar, one in Samar, five in Oriental Mindoro and two in Occidental Mindoro provinces. At least 140 people were injured, it added.

Police and local officials said most of the deaths were due to drowning, falling trees and accidental electrocution.

Typhoon Phanfone, which made landfall on Tuesday afternoon in Eastern Samar province, left a trail of destruction as it barrelled through towns and villages across the central Philippines and parts of Mindanao.

The typhoon forced hundreds of thousands of villages to abandon communities prone to flood and landslides, toppled trees and electrical posts, and ripped off tin roofs before blowing into the South China Sea on Saturday.

The NDRRMC said Phanfone affected over 1.7 million villagers in 6,510 villages in six regions. As of Sunday, the agency said 106,309 people are housed in 635 temporary shelters.

A total of 372 schoolhouses, nearly 305 houses, 31 health facilities and 98 government offices were damaged by heavy rain and fierce winds, the agency added.

The agency said the typhoon stranded people who were rushing home to spend Christmas with their loved ones in the provinces as 54 roads and bridges were affected, and forced the cancellations of 116 domestic and three international flights. Sea travels were also halted.

Phanfone is the 21st typhoon to hit the Philippines this year. About 20 typhoons and tropical storms batter the Philippines each year. Aside from typhoons, the archipelago of more than 100 million people has frequent earthquakes and volcanic eruptions.

The Philippines is one of the most disaster-prone countries in the world mainly due to its location in the Pacific Ring of Fire and Pacific typhoon belt.

In 2013, the World Bank said Typhoon Haiyan resulted in the loss of 6,300 lives and caused an estimated 12.9 billion U.S. dollars in damages, or about 4.7 percent of the Philippines' gross domestic product.