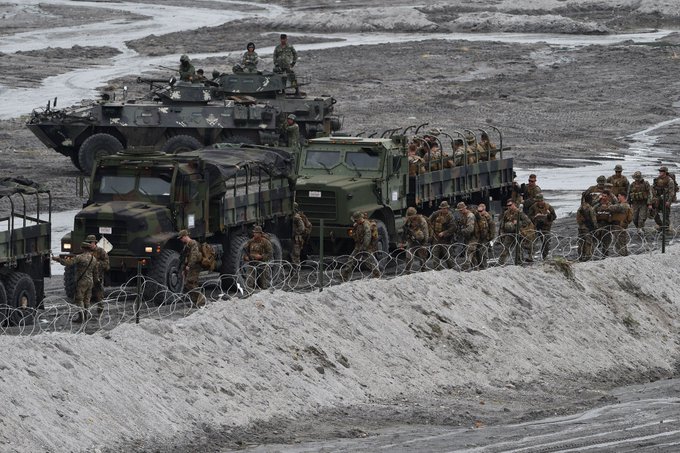 MANILA, March 27 (Xinhua) -- The Philippines has canceled its biggest annual joint military exercise dubbed as "Balikatan" with the United States this year due to the threat posed by COVID-19, a high-ranking Philippine military official said on Friday.

Rear Admiral Adelius Bordado, the co-exercise director of Balikatan 2020, said that Armed Forces of the Philippines (AFP) chief of staff General Felimon Santos has recommended the cancellation of Balikatan exercise 2020 scheduled for May 4-15 in the Philippines.

"We are in an extraordinary situation. Many will be put at risk if we push through with the exercise," Bordado told reporters, adding that up to 10,000 troops are expected to participate in the exercise this year.

Balikatan is an annual exercise between the Philippines and the United States and involves participation from Australia.

On March 4, Brigadier General Edgard Arevalo, the AFP spokesperson, said around 6,500 U.S. forces and 4,300 Filipino troops are expected to participate in this year's iteration of Balikatan. The number is almost double than last year's Balikatan participants of 3,500 American and 4,000 Filipino troops.

Balikatan, a Tagalog phrase for shoulder-to-shoulder, is the most comprehensive among several annual or regular U.S.-Philippines joint military exercises that aims to develop Philippine combat readiness and U.S.- AFP interoperability.

The Philippines now has 707 confirmed COVID-19 cases, including 45 deaths.