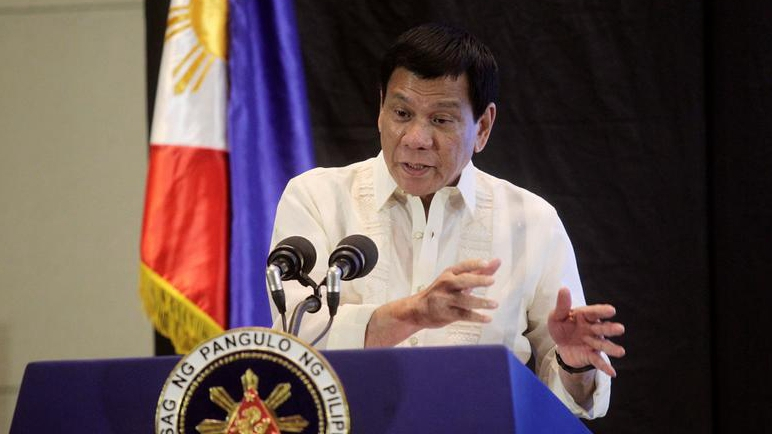 MANILA, Oct. 24 (Xinhua) -- Philippine President Rodrigo Duterte has ordered all government offices to implement measures to contain the spread of African swine fever (ASF) in the country, his spokesman said on Thursday night.

Salvador Panelo said Duterte "has directed all executive departments, bureaus, agencies, government-owned and controlled corporations, government financial institutions and other instrumentalities of the government to coordinate, as well as to adopt policies and institute measures to manage, contain and control the transmission of ASF in the country."

Moreover, Panelo said Duterte "implores the public to extend their utmost cooperation to government authorities in order to prevent the spread of ASF."

The order came as dozens of pigs in Philippines' top hog producing provinces like Bulacan, Rizal, Pampanga and even in Metro Manila, the country's capital, are being infected with the virus. Majority of the infected pigs are from backyard raisers.

Tens of thousands of pigs in the Philippines have so far been culled to prevent the virus from spreading. News reports on Thursday said that some processed pork products like hotdogs and cured pork have tested positive for ASF virus.

ASF is harmless to humans but highly contagious and fatal for pigs as there is no known cure. The disease has up to 100 percent fatality rate.

The Philippines is the world's major pork consumer country and hogs remain one of the main sources of meat in the Philippines. Around 12.7 million total number of hogs have been raised in the southeast Asian country.

The spread of ASF is considered as a blow to the Philippines' swine industry.