MANILA, April 11 (Xinhua) -- The Philippines will ease the lockdown restrictions in Metro Manila and four adjacent provinces starting Monday despite the surge of COVID-19 infections, a government spokesman said on Sunday. 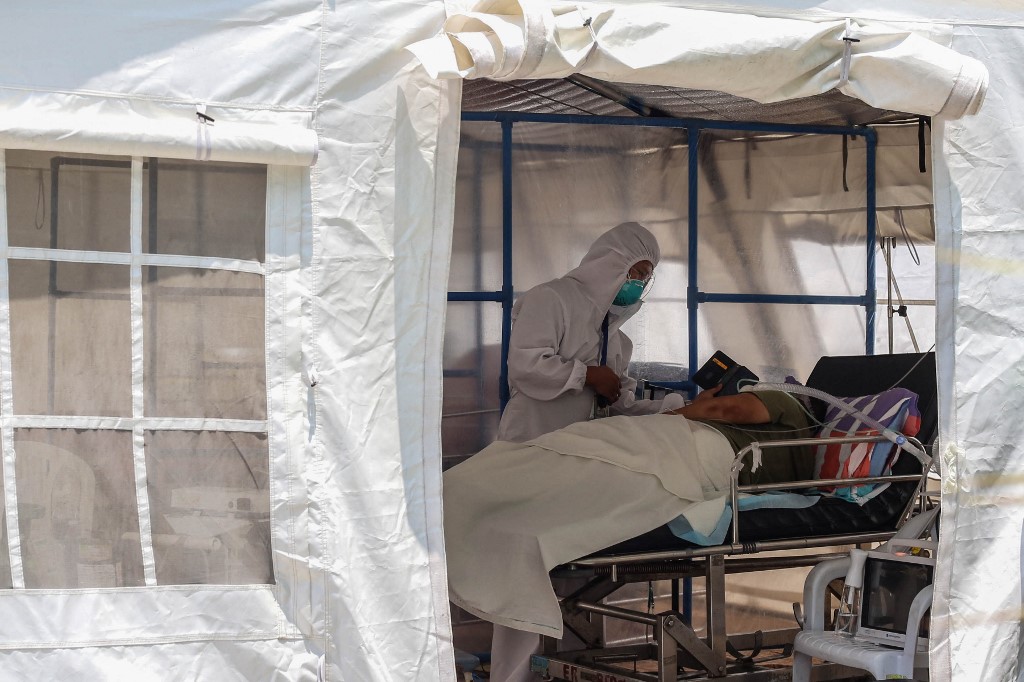 This photo taken on April 6, 2021 shows a relative wearing personal protective equipment attending to a family member with COVID-19 at a makeshift ward in a hospital in Manila. (File photo: AFP)

The new set of lockdown rules will be announced on Monday, said Roque.

The Philippines' Department of Health (DOH) reported on Sunday 11,681 new COVID-19 infections, bringing the total number of confirmed cases in the Southeast Asian country to 864,868.

The death toll climbed to 14,945 after 201 more patients died from the viral disease, the DOH said.

The government placed Metro Manila and four adjacent provinces under a two-week strict lockdown from March 29 "to limit the spread of the variants" and contain the surging virus transmission.

Since the reimposition of stricter restrictions, the DOH reported over 10,000 average cases every day.

Health authorities blamed the fast-spreading "variants of concern" as one of the drivers of transmission and the people's failure to comply with health protocols such as wearing face-coverings and avoiding gatherings.

The Philippines, which has about 110 million population, has tested over 10 million people since the outbreak in January 2020.