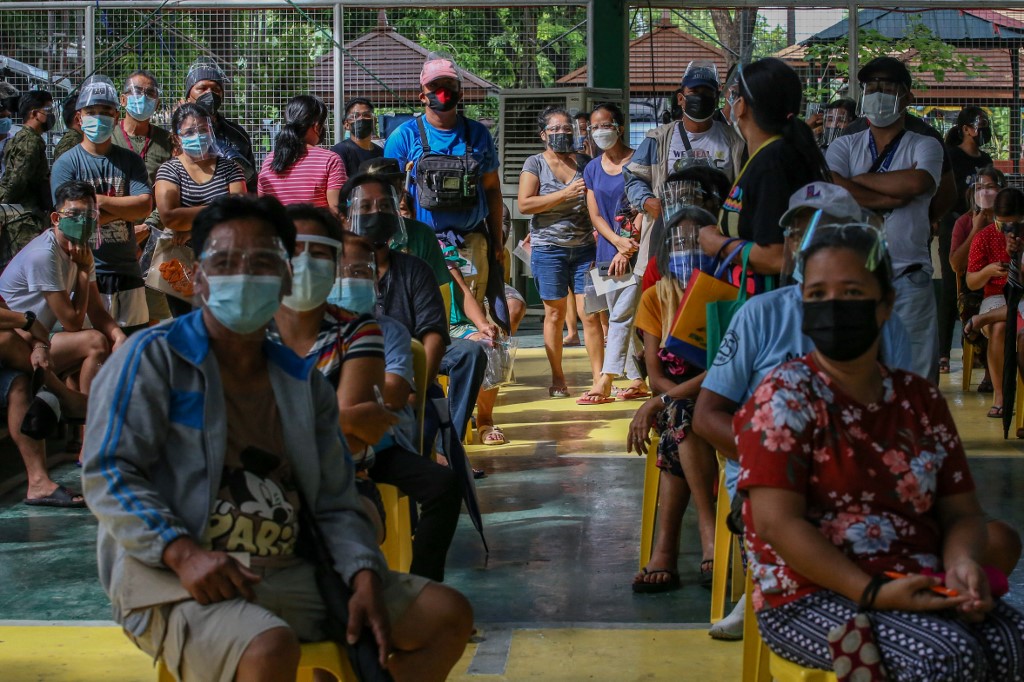 Individuals line up to receive cash aid from the national government during enhanced community quarantine at a basketball court in Manila on August 11, 2021. (Photo: AFP)

The death toll climbed to 29,374 after 154 more patients died from the viral disease, the DOH added.

Wednesday's caseload is the highest since April 10, when DOH reported 12,674 daily infections.

The Philippines, which has around 110 million population, has tested over 16 million people since the outbreak in January 2020.