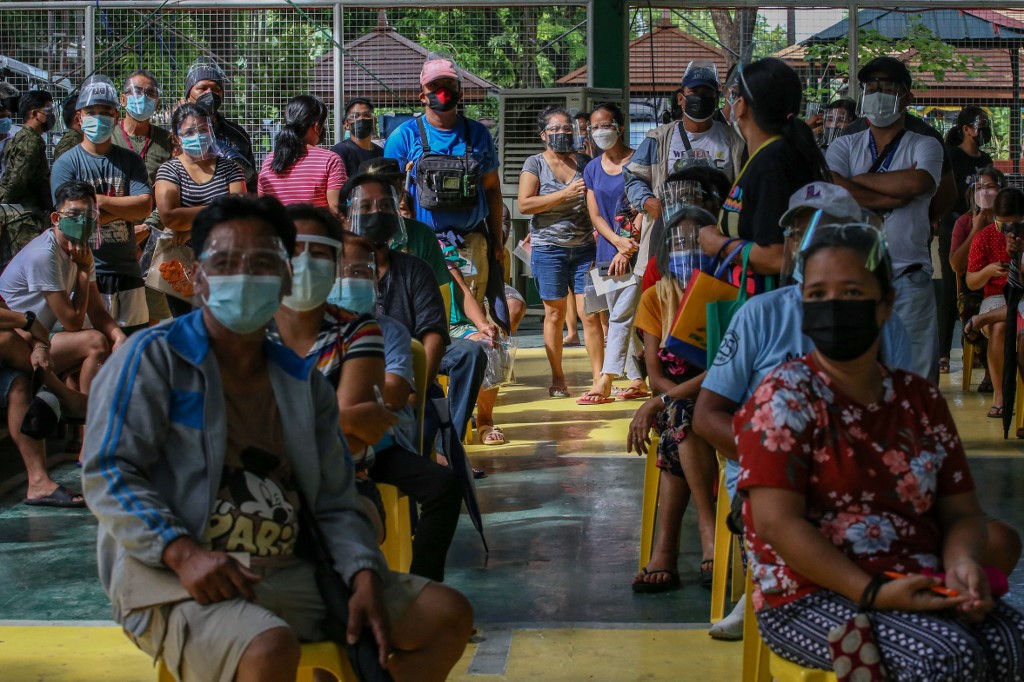 Individuals line up to receive cash aid from the national government during enhanced community quarantine at a basketball court in Manila on August 11, 2021. (Photo: AFP)

The caseload brought the total number of confirmed cases in the Southeast Asian country to 1,713,302. The death toll climbed to 29,838 after 299 more patients died from the viral disease, the DOH added.

On April 2 this year, the DOH reported its highest ever daily tally with 15,310 cases.

The Philippines, with a population of about 110 million, has tested over 16 million people since the outbreak in January 2020.

Health Undersecretary Maria Rosario Vergeire said that COVID-19 infections continue to spread in the country, and "all areas are showing an increase in the number of new cases" and the country is "at high-risk classification."

"Metro Manila and its adjacent provinces are showing a steep increase in cases," she said in an online briefing, adding that the capital region, currently at high-risk case classification, maintains a positive two-week growth rate and a high-risk average daily attack rate.

Eleven areas in Metro Manila are under the highest alert level due to rising infections and hospital occupancy.

Vergeire said the highly infectious Delta variant has spread in Metro Manila and other parts of the country.

The DOH has detected 627 Delta cases across the country with more than 500 local cases, including 13 deaths.

The Philippine government reimposed the most restrictive lockdown in Metro Manila, home to over 13 million people, from Aug. 6 to 20 to curb the virus surge fuelled by the Delta variant.