MANILA, Aug. 25 (Xinhua) -- The Philippines' Department of Health (DOH) reported 13,573 new cases of COVID-19 on Wednesday, bringing the total number of confirmed cases in the Southeast Asian country to 1,883,088. 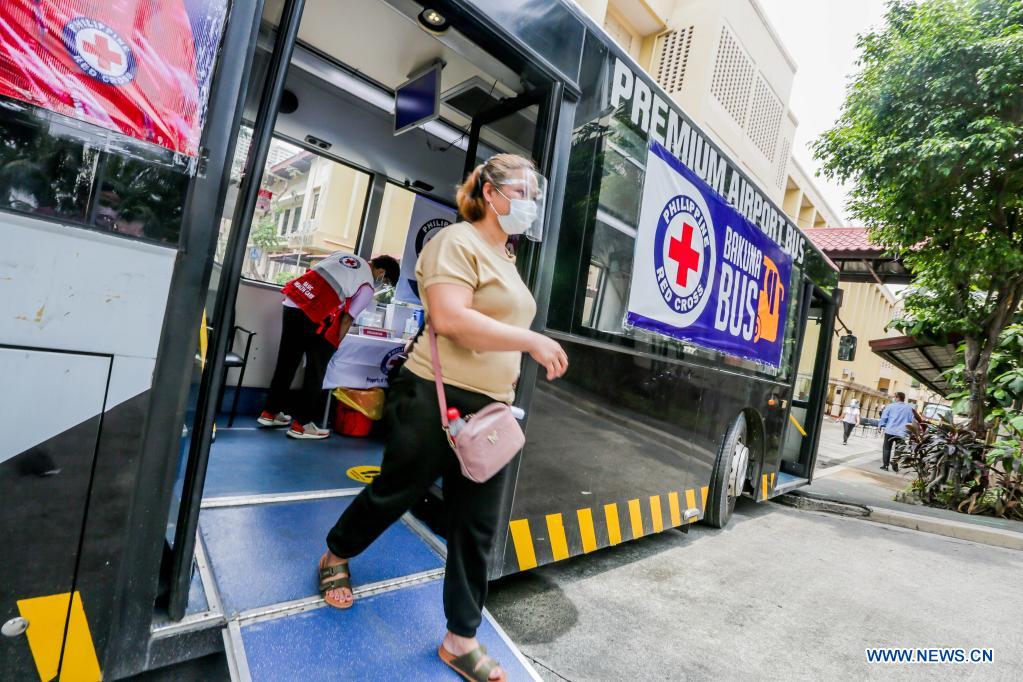 A woman wearing a protective mask exits a vaccination bus transformed from an airport bus, after getting inoculated with a dose of COVID-19 vaccine in Manila, the Philippines, Aug. 24, 2021. (Photo: Xinhua)

The DOH added that the death toll climbed to 32,492 after 228 more patients died from the viral disease, adding that seven laboratories failed to submit reports.

On Monday, the Philippines reported its highest single-day spike with 18,332 new cases as the DOH declared the community transmission of the Delta variant in Metro Manila and the adjacent region.

Takeshi Kasai, World Health Organization (WHO) Regional Director for the Western Pacific, expressed concern over the surge of coronavirus infections in the Philippines, urging people "to take their role" in suppressing the virus transmission.

The WHO said the Delta variant has the highest transmissibility of all the variants of concern. Kasai described the Delta variant as a "real threat which is testing the capacity of even the strongest public health systems in our regions."

The Philippines has detected a total of 1,273 Delta variant cases, including 26 deaths.

Kasai urged people to get the vaccines and continue practicing safety measures to curb the infections.

The Philippines, which has around 110 million population, has tested over 17 million people since the outbreak in January 2020.