The Philippines raised its storm warning on Friday and warned of major destruction, hours before Super Typhoon Mangkhut was due to make landfall with fierce winds and drenching rains. 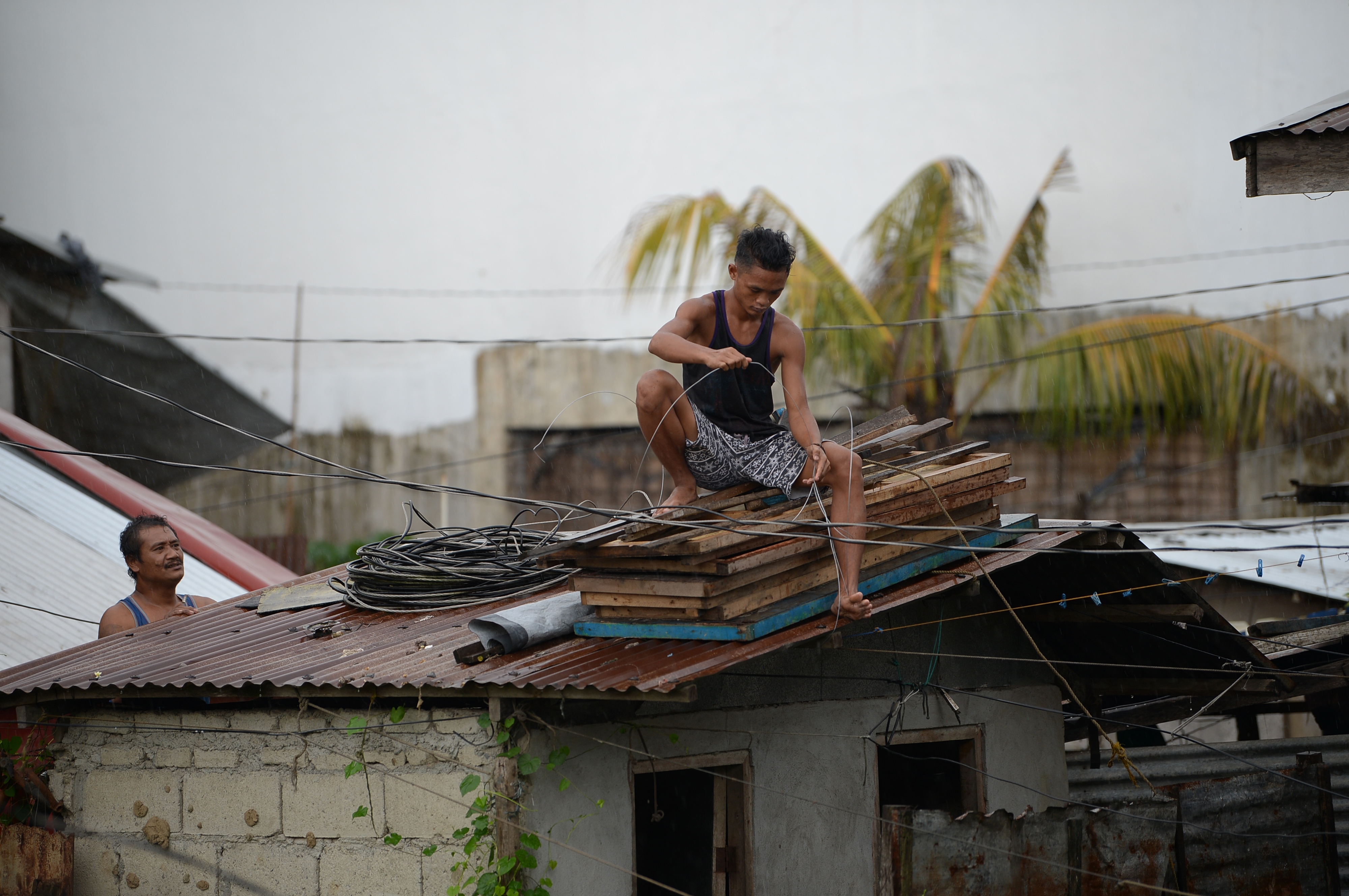 Residents secure the roof of their house as Typhoon Mangkhut approaches the city of Tuguegarao, Cagayan province, north of Manila on September 14, 2018. (Photo: AFP)

Thousands have already fled their homes on the Philippines' northern coastal tip ahead of the early Saturday arrival of what forecasters have called the strongest typhoon yet this year.

Businesses and residents on Luzon island, which is home to millions, were boarding up windows and tying down roofs that could be sheared off by sustained winds of 205 kilometres (130 miles) per hour.

The Philippines state weather service raised a "signal four" alert, the second-highest storm warning for winds of up to 220 kilometres per hour, for the Cagayan and northern Isabela coastal provinces.

Both areas are squarely in the path of the massive storm, which is about 900 kilometers wide, as it roars east across the Pacific.

"It is important for our countrymen to know that we have raised signal four," forecaster Loriedin de la Cruz said during a televised safety briefing.

A signal four alert was issued for Super Typhoon Haiyan, which is the country's deadliest on record. It left more than 7,350 people dead or missing across the central Philippines in November 2013.

Heavy rains and gusts were already hitting the far northeastern tip of Luzon on Friday evening from the storm that forecasters said is the most powerful of 2018.

"Among all the typhoons this year, this one (Mangkhut) is the strongest," Japan Meteorological Agency forecaster Hiroshi Ishihara told AFP.

"This is a violent typhoon. It has the strongest sustained wind (among the typhoons of this year)", he added.