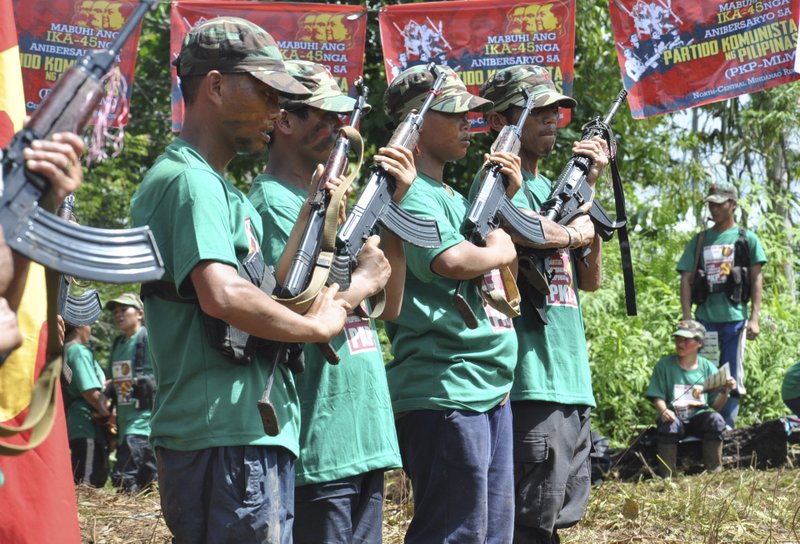 The Philippines is drafting the guiding framework for the localized peace engagement with the communist rebels, presidential spokesperson Harry Roque said on Thursday.

Roque said the Duterte administration will soon release an executive order (EO) that will spell out the terms and give authority to local government officials to engage in localized peace talks with the New People's Army (NPA), the armed wing of the Communist Party of the Philippines (CPP).

In the event that CCP founder Jose Maria Sison does not agree with the government's condition to hold the peace talks in the Philippines, Roque said this guiding framework will aid local government officials in their engagement with the Philippine communists.

He said the localized talks "should be nationally orchestrated, centrally directed, and locally supervised and implemented," adding that "the constitutional integrity and sovereignty will not be compromised."

"(The aim is) the complete and genuine resolution of the local armed conflict. It shall cover the NPA (cadres)," Roque added.

"If there is ceasefire, the constitutional mandate of the State to protect public safety, civilian welfare, critical infrastructure and private properties and the guarantee of rule of law and order will not be compromised at all times," Roque said.

He said the administration is looking at "government goodwill, full amnesty package based on disarmament, demobilization, rehabilitation and reintegration to the mainstream society (of the rebels)."

The Philippines has put forward four terms as its conditions for resuming peace talks with Left-wing rebels. The four conditions could lead to the collapse of the on-and-off talks to end the decades-old communist insurgency that has gripped the Philippines since late 1960s.

The rebels have already rejected the conditions.