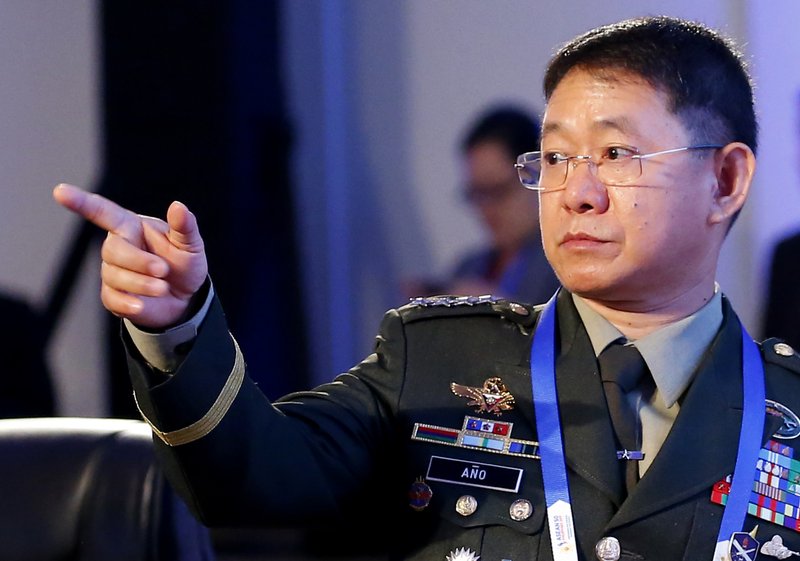 US DNA tests have confirmed the death of a Muslim militant commander who helped lead the 2017 siege of a city in the southern Philippines and was considered a key leader of the Islamic State group in the region, officials said Sunday.

Interior Secretary Eduardo Ano said the tests confirmed that Owaida Marohombsar, who was also known by his nom de guerre Abu Dar, was one of four militants killed in a March 14 gunbattle that also left four soldiers dead near southern Tubaran town in Lanao del Sur province. The Philippine military asked US authorities to confirm Marohombsar’s death through DNA tests.

Marohombsar helped lead the May 23, 2017, siege of Marawi, which troops quelled after five months of ground assaults and airstrikes that left more than 1,100 people, mostly militants, dead and destroyed the mosque-studded city’s commercial and residential districts.

Most leaders of the attack were killed, but Marohombsar survived with a large amount of looted cash and jewelry from Marawi that authorities feared he could use to rebuild the militant’s battered organization and plot new attacks. One regional official, Zia Adiong, said at the time that Marohombsar escaped from Marawi with at least 30 million pesos ($566,000) in stolen money.

But troops hunted the extremist leader and his men down across Lanao.

“This is another milestone in our campaign to finish and defeat ISIS and local terror groups in the country,” Ano said, using an acronym of the Islamic State group.

Ano was the former military chief who supervised the US- and Australian-backed offensive to crush the siege of Marawi, which sparked fears that the Islamic State group was advancing its efforts to establish a foothold in the region.

Marohombsar’s killing will make it harder for the Islamic State group to establish a firm presence in the country’s south, Ano said. The southern Philippines is the homeland of the largely Roman Catholic nation’s minority Muslims and the scene of decades-old Muslim separatist unrest.

“For now, his group is leaderless. We are monitoring who will replace Dar,” Defense Secretary Delfin Lorenzana told reporters.

Philippine President Rodrigo Duterte placed the country’s south under martial law to bolster efforts by troops to eradicate militants who survived the Marawi fighting and go after their allied groups in other southern provinces like the brutal Abu Sayyaf group in Sulu province.

Marohombsar’s death will likely strengthen the control of Abu Sayyaf leader Hajan Sawadjaan, who is based in Sulu’s jungles, over a number of Islamic State group-linked armed groups in the south. Ano has said that Sawadjaan was installed as the new IS-aligned leader in the southern Philippines but that Marohombsar’s group was adamant to recognize him as its regional leader.

A Philippine police profile said Marohombsar was reported to have undergone military and explosives training in Afghanistan in 2005 and returned to the south a few years later and established an armed group called the Khilafa Islamiyyah Mindanao.

The group was implicated in the 2013 bombing of a bar in a shopping mall in southern Cagayan de Oro city that left several people dead and wounded.

Several more groups in the south pledged allegiance to the Islamic State group the following years, allowing them to consolidate under the IS flag in 2015 and 2016 with then-Abu Sayyaf commander Isnilon Hapilon as their leader and launch the Marawi siege the following year. Hapilon was among the leaders killed by troops in the city.