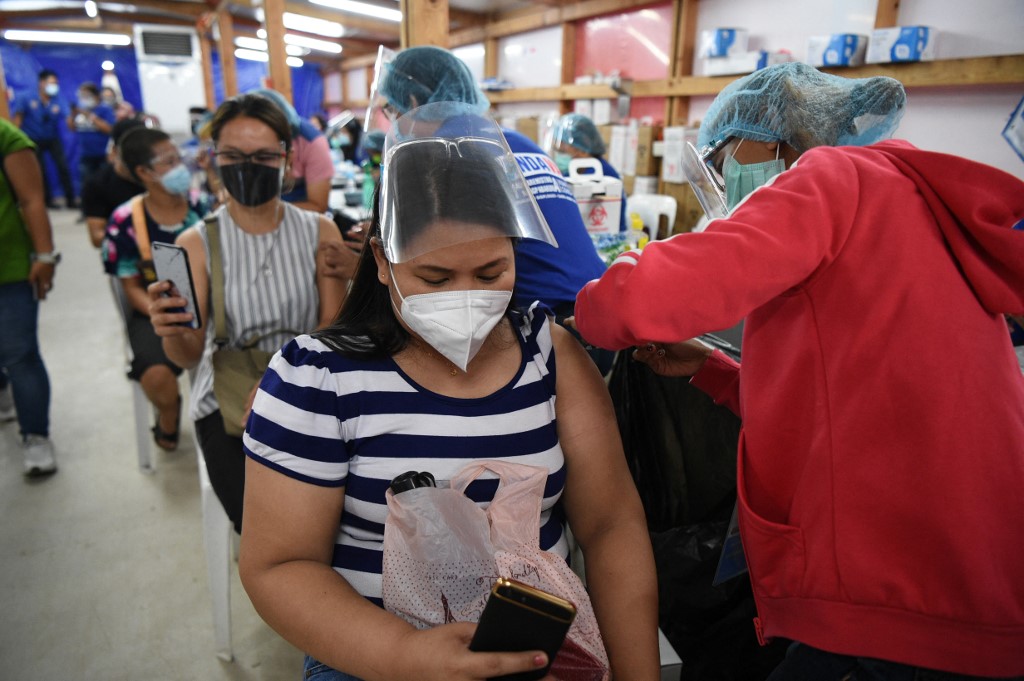 Philippine health officials warned Friday of a possible surge in coronavirus infections as the first locally transmitted cases of the highly contagious Delta variant were recorded and more than three million people went into lockdown.

Eleven local cases of the more virulent strain have been detected, including two in the national capital region, the health department said, citing results of genome sequencing conducted this week.

The cases dated back to May and June and authorities were checking to ensure they had been "appropriately traced and managed", Health Undersecretary Rosario Vergeire told reporters.

"The government has started preparing our health system," Vergeire said.

More hospital beds were being made available for Covid-19 patients and oxygen supplies increased in case of a "surge" in cases, she said.

The Philippines has recorded around 1.5 million coronavirus infections since the start of the pandemic, the second-highest in Southeast Asia.

But a deficient contact tracing system means the real figure is likely much higher.

Cases have eased in recent months, hovering around 5,000 or 6,000 a day. Covid-19 rules have been relaxed in many parts of the country but masks and face shields are mandatory in public.

But as the Delta variant fuels infections around the world, the Philippines has tightened border restrictions for travellers from some of the worst-hit countries, including neighbouring Indonesia.

Until this week cases of the strain had been detected only among quarantined Filipino workers returning from overseas.

Among the 11 local infections, six were on the southern island of Mindanao and were "part of a large cluster of cases". All of them have recovered.

One of the two cases in the national capital region died, the department said.

Asked about the delay in detecting the Delta variant, Philippine Genome Center executive director Cynthia Saloma told AFP they had limited processing capacity and had prioritised samples from hotspot areas.

Some regions were also slow to submit samples, she said.

More than three million people living in areas where the Delta infections were found have been sent into lockdown until the end of the month.

Residents in the central province of Iloilo and the southern cities of Cagayan de Oro and Gingoog have been ordered to stay home, non-essential business shuttered and religious services banned.

The detection of Delta infections in the community comes as the Philippines struggles to vaccinate its population of 110 million due to tight global supplies and logistical challenges.

Some cities recently suspended inoculations after running out of shots -- just as vaccine hesitancy among Filipinos declines.

Only 4.3 million people are fully vaccinated while more than 10 million have received their first jab.