Phnom Penh (People's Daily) - The Phnom Penh-Sihanoukville Expressway, Cambodia’s first expressway, opens to the public for a one-month free trial on Saturday. The Ministry of Public Works and Transport of Cambodia has decided to allow the public to use the expressway free of charge for the whole month of October. From November to October 2023, a 20 percent discount will be implemented, and then the normal price will be charged. 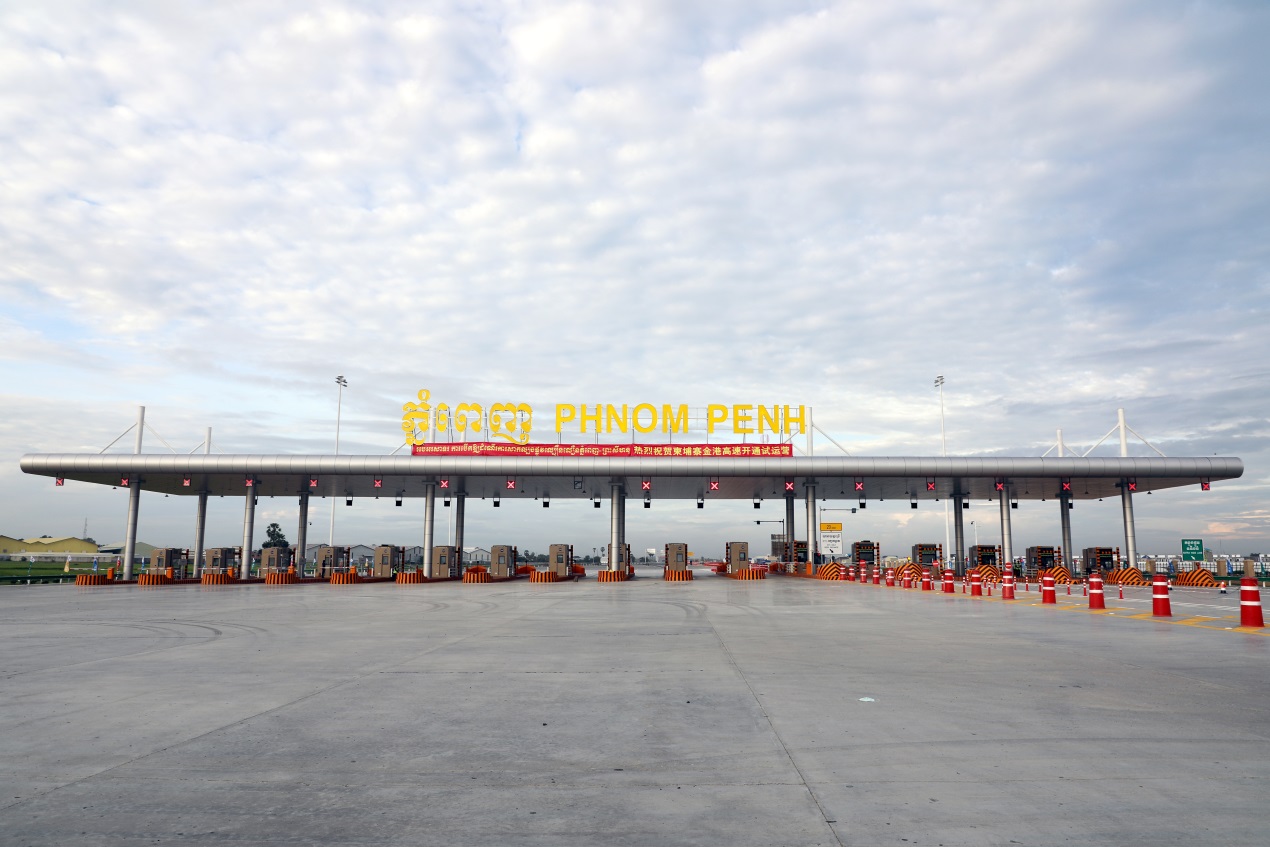 The construction of the 187-kilometer-long and 24.5-meter-wide Phnom Penh-Sihanoukville Expressway, funded by the China Road and Bridge Corporation (CRBC), began in March 2019. With two lanes of traffic in each direction plus an emergency lane on each side and paved with asphalt concrete, the Phnom Penh-Sihanoukville Expressway will enable vehicles to reach their destination in about two hours instead of the four or five hours it used to take to cover the distance on National Road 4.

The toll road connects Phnom Penh to the deep-sea port Sihanoukville of Preah Sihanouk province, crossing Kandal, Kampong Speu, and Koh Kong provinces. The expressway has four rest stops, each of which offers a parking lot, petrol station, public bathrooms and a canteen. 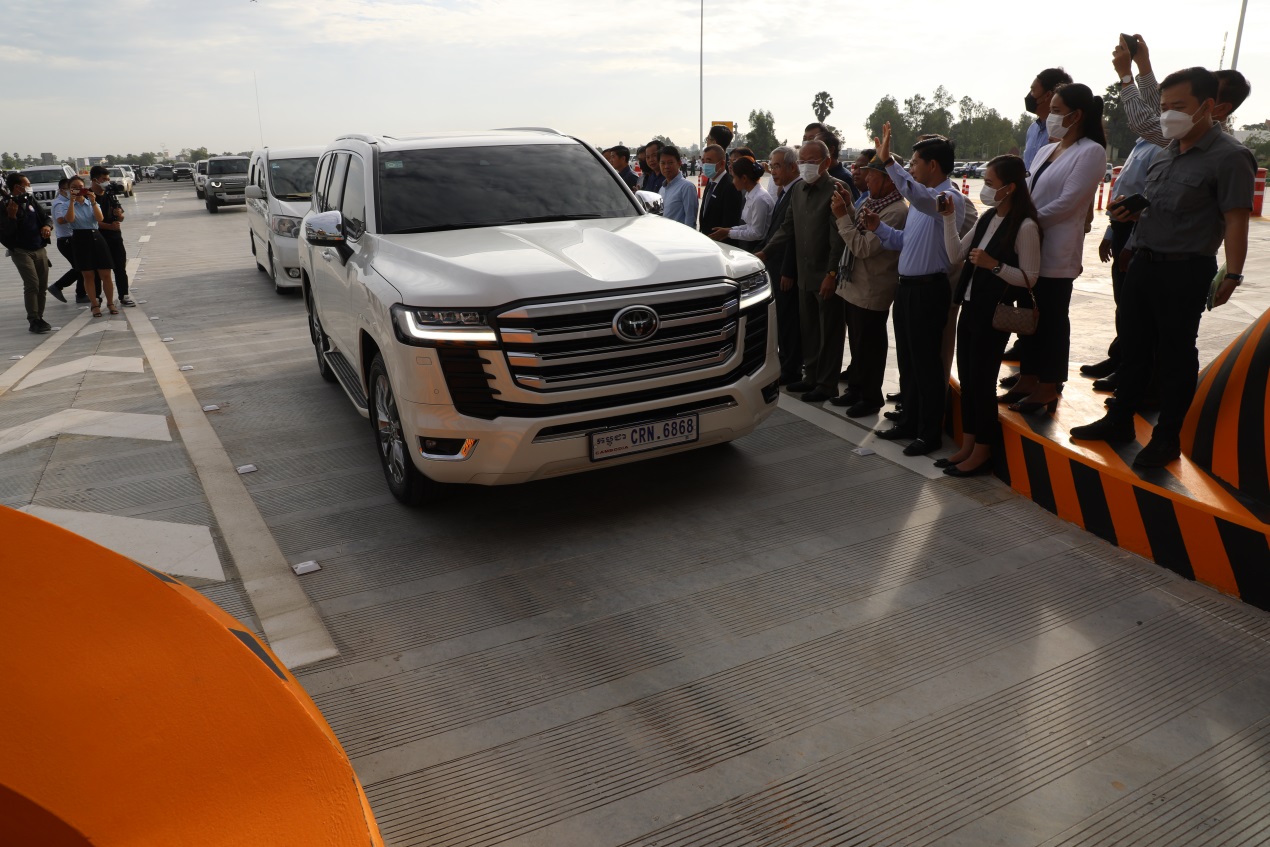 The first vehicle of Phnom Penh-Sihanoukville expressway is passing the toll station.

Since today is Saturday, a large number of Cambodians came to the expressway entrance very early in the morning to queue up, waiting to experience the first expressway in Cambodia. The opening is trending on social media. 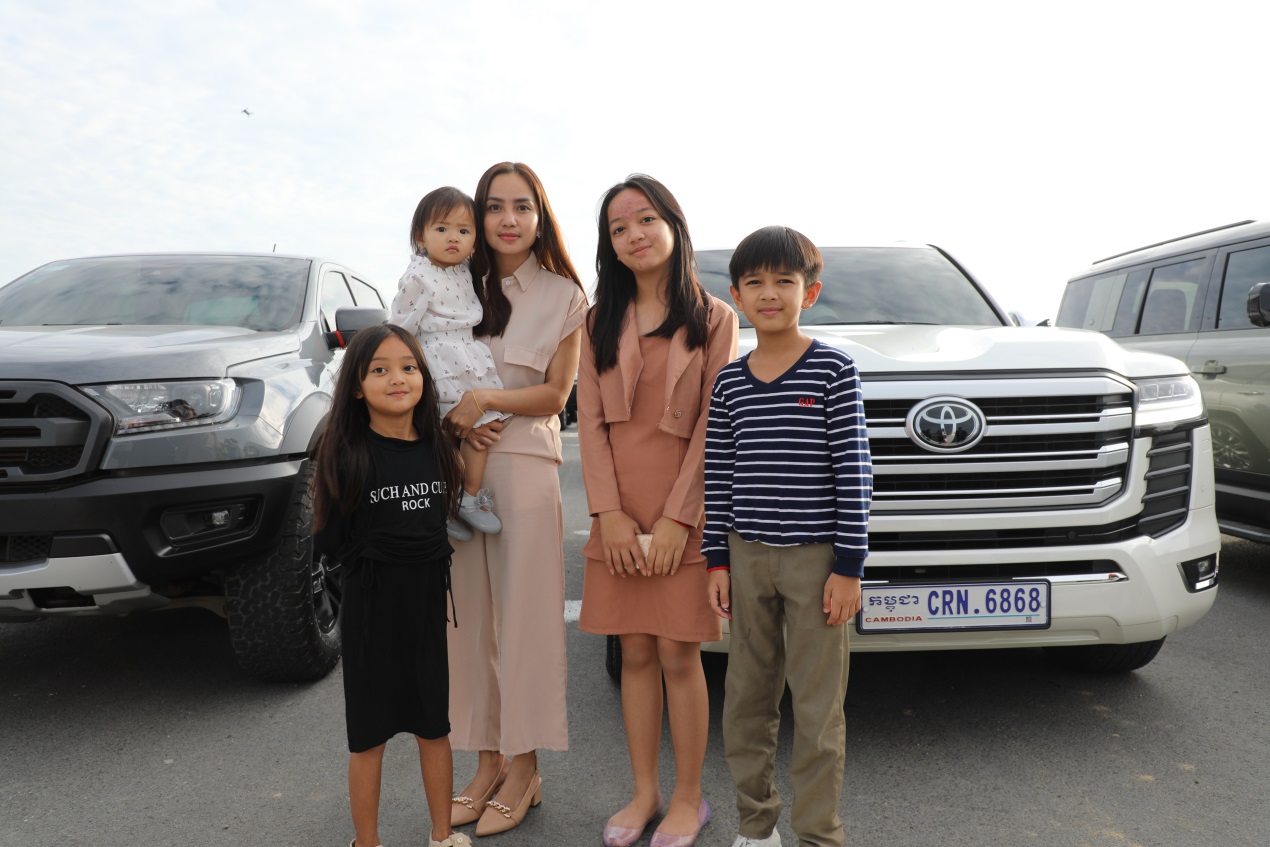 A family coming from Phnom Penh city is waiting for the expressway opening.