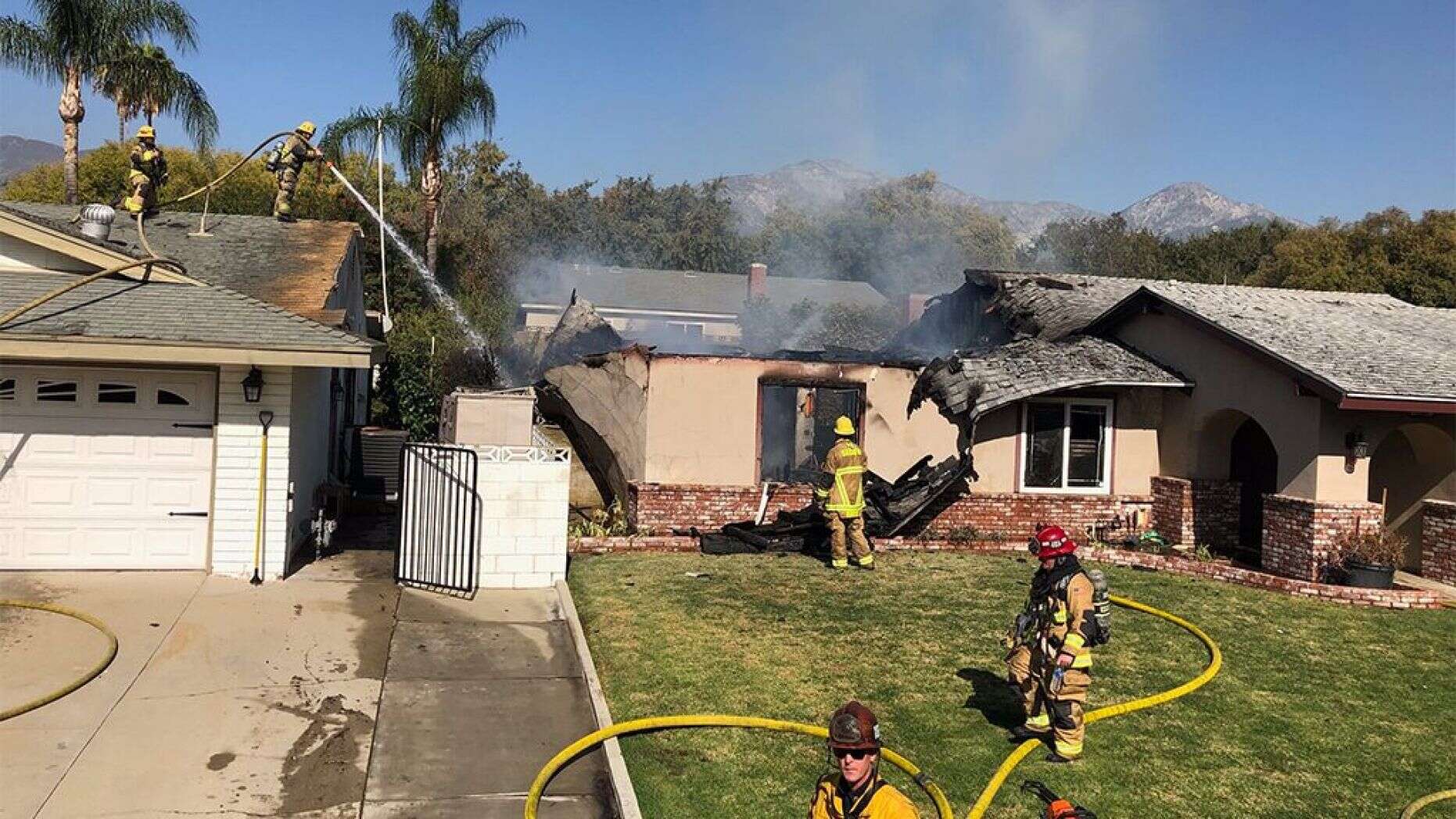 LOS ANGELES, Nov. 7 (Xinhua) -- A pilot was killed after a small plane crashed into a residence in Upland in Southern California on Thursday, authorities said.

San Bernardino County Fire Department said firefighters rushed to the residence "with fire through the roof" and confirmed "fatal injuries to sole occupant of the aircraft" later.

The small plane was leaving Cable Airport in Upland when it crashed into the house in the morning. Some witnesses said the plane was flying low, making a sharp U-turn just before plunging from the sky. A man and his son inside the home managed to escape unscathed, reported local news outlet KTLA 5 TV station.

Ann Burdett, who lives next door, told KTLA 5 that she heard a "sudden explosion" and "felt the impact."

The small plane is reported to be a single-engine Cirrus SR-22.

The cause of the crash remains unknown and an investigation is ongoing.