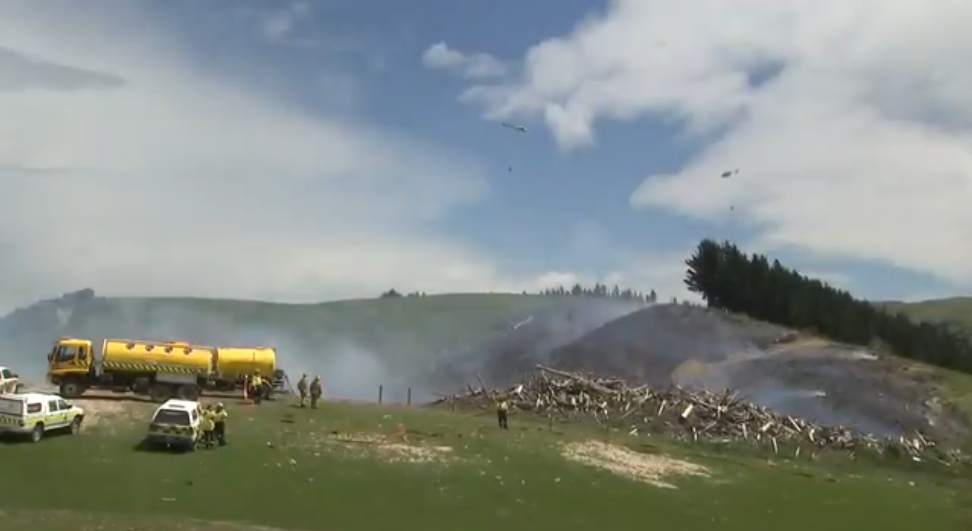 Helicopters are dousing the burning trees from above (Screenshot: TVNZ )

Local civil defence department has issued a warning after the fire, where 10 hectares of pine forest is alight.

Dunedin City Council has closed a reserve in the area and warned people to "stay well away".

Casualties caused by the fire are yet to know. Two helicopters have been deployed to fight the fire with monsoon buckets and ground crews are also heading to the area.

Fire emergencies surged across New Zealand as the weather is getting warmer from October. Last month, a big fire broke out in Auckland Skycity Convention centre construction site, burnt down the roof of the scheduled 2021 APEC meeting venue.