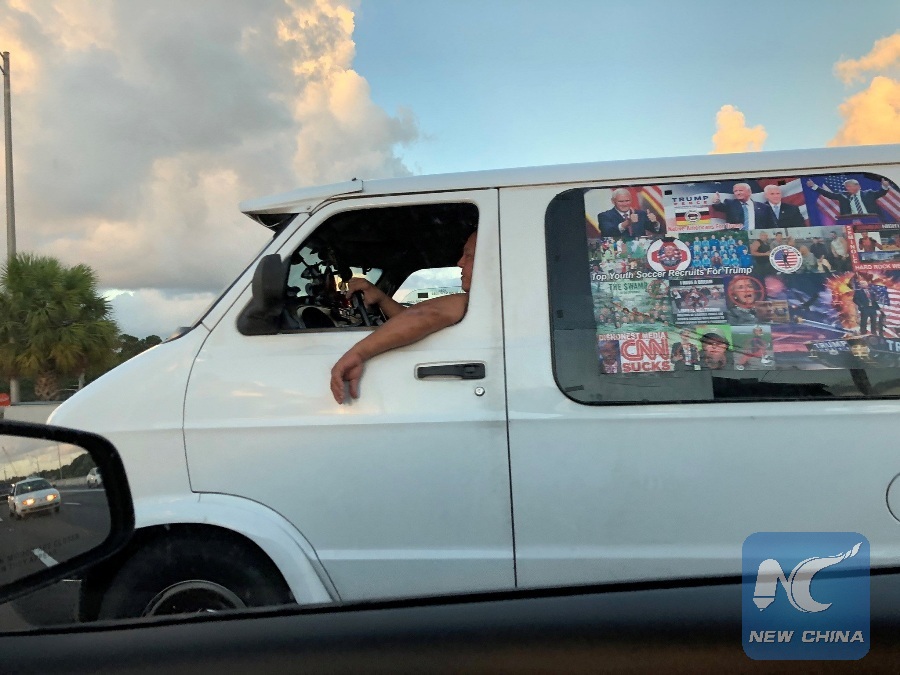 Attorneys for Sayoc said Friday in Miami federal court that it’s better if his lawyers in New York can take the case as soon as possible. They could still seek a bail hearing there, but prosecutors say he should remain jailed, given the magnitude of the charges and the strong evidence against him.

“We wanted to make sure that all of his constitutional rights were preserved,” said attorney James Benjamin after the hearing. “We feel we’ve done all we can.”

The timing of the transfer is uncertain. It can happen quickly or take weeks, and is not usually announced ahead of time by the US Marshals Service, Benjamin said. Even defense lawyers are not informed.

“Your guess is as good as mine,” he said. “The government wants to get him up there as soon as they can.”

Sayoc is accused of sending 15 improvised explosive devices to numerous Democrats, Trump critics and media outlets. He was arrested a week ago outside a South Florida auto parts store in a white van in which he had been living, a vehicle covered with stickers of Trump and showing images of some of the president’s opponents with red crosshairs over their faces.

No bombs exploded and no one was injured. Still, Sayoc faces nearly 50 years in prison if convicted on five federal charges that were filed in New York because some of the devices were recovered there.

Sayoc’s lawyers decided not to seek release on bail after prosecutors released a letter outlining more evidence against him, including DNA linking him to 10 of the explosive devices and fingerprints on two of them.

Other evidence includes online searches Sayoc did on his laptop and cellphone for addresses and photos of some of his intended targets, which included former President Barack Obama, former Secretary of State Hillary Clinton, former Vice President Joe Biden, California Sen. Kamala Harris and New Jersey Sen. Cory Booker. Packages were also mailed to CNN in New York and Atlanta.

The laptop also has a file with the address in Sunrise, Florida, of the office of US Rep. Debbie Wasserman Schultz, former chairwoman of the Democratic National Committee. That office was used as the return address on the packages containing the pipe bombs, according to the FBI. The computer file was labeled “Debbie W.docx”.

Benjamin, however, said the prosecution letter does not prove anything yet. He noted that it refers to “possible” DNA matches to Sayoc.

“The word flimsy actually still applies,” Benjamin told reporters. “We can’t do anything but speculate now. And it’s too early.”