WORLD Pipeline tests thaw in US ties with ally

Pipeline tests thaw in US ties with ally 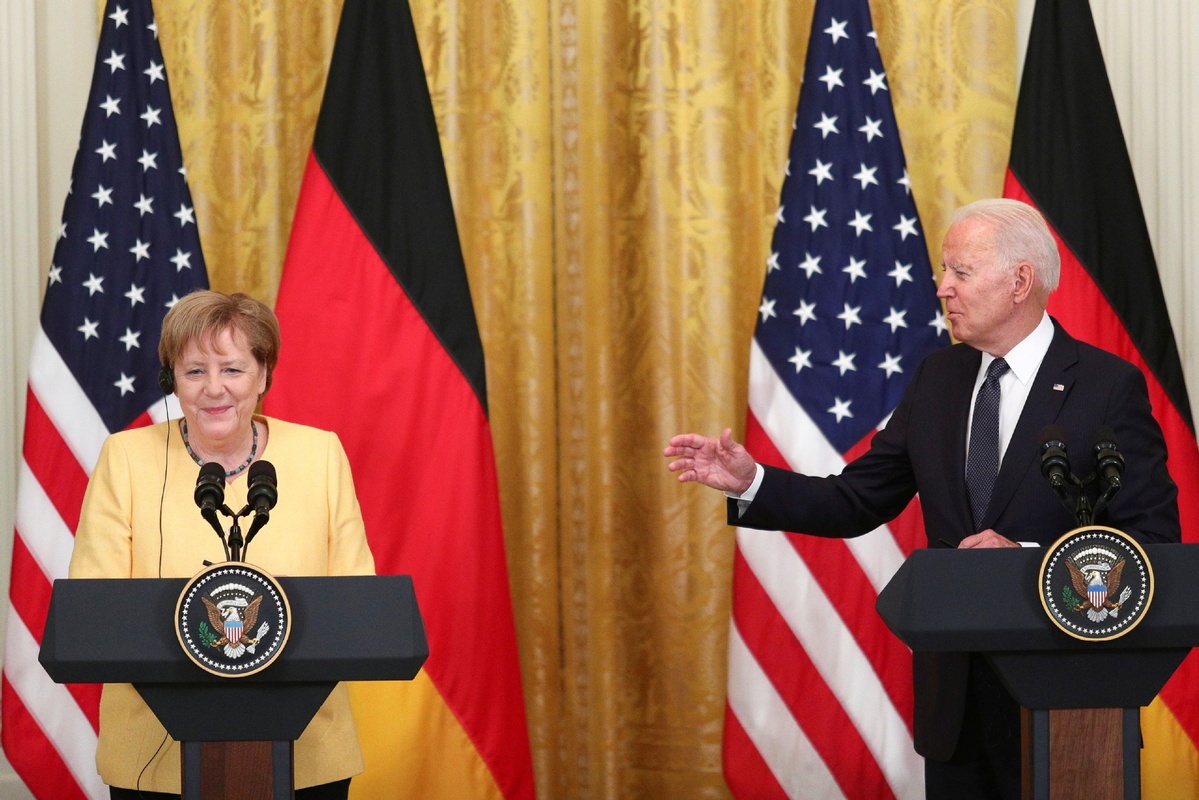 US President Joe Biden and German Chancellor Angela Merkel attend a joint news conference in the East Room at the White House in Washington, US, July 15, 2021. (Photo: Agencies)

WASHINGTON－US President Joe Biden and German Chancellor Angela Merkel failed on Thursday to settle their dispute over Russia's Nord Stream 2 natural gas pipeline but said they agreed that Moscow must not be allowed to use energy as a weapon.

The 1,230-kilometer pipeline, which is expected to be completed next month, would bring natural gas from Russia to Germany via the Baltic Sea.

"I reiterated my concerns about Nord Stream 2," Biden told reporters at a news conference after their meeting, adding that "Merkel and I are absolutely united in our conviction that Russia must not be allowed to use energy as a weapon to coerce or threaten its neighbors".

The US and Germany have different assessments regarding the Nord Stream 2, Merkel said at the conference, while stressing both agree that Ukraine will remain a transit country for natural gas.

"We will be actively acting should Russia not respect this right of Ukraine that it will remain a transit country," she added. "The Nord Stream 2 is an additional project and certainly not a project to replace any kind of transit through Ukraine."

Asked to elaborate, Merkel said the European Union had "a number of instruments" it could use, including sanctions, if Russia cut off natural gas shipments through Ukraine.

The Biden administration concluded in May that the company behind Nord Stream 2 and its chief executive engaged in sanctionable behavior. But Biden waived the sanctions to allow time to work out a deal and continue rebuilding ties with Germany.

The president is under intense pressure from US lawmakers to halt the waiver and impose the sanctions. Republican Senator Ted Cruz said on Twitter that he is holding up Biden's nominees for ambassador posts until the sanctions are put in place.

Biden defended his decision to hold off on sanctions since the pipeline is nearly complete.

"By the time I became president, it was 90 percent completed, and imposing sanctions did not seem to make any sense," Biden said on Thursday. He noted the two allies instead will look at practical measures to ensure European energy security will not be weakened by Russian actions.

Merkel is the first European leader to visit the White House since Biden took office. The visit was widely seen as part of Biden's efforts to restore the relationship between Washington and Berlin, which had been damaged by his predecessor Donald Trump.

It is likely to be Merkel's last official trip to Washington as she will step down following German elections in September after 16 years in office.