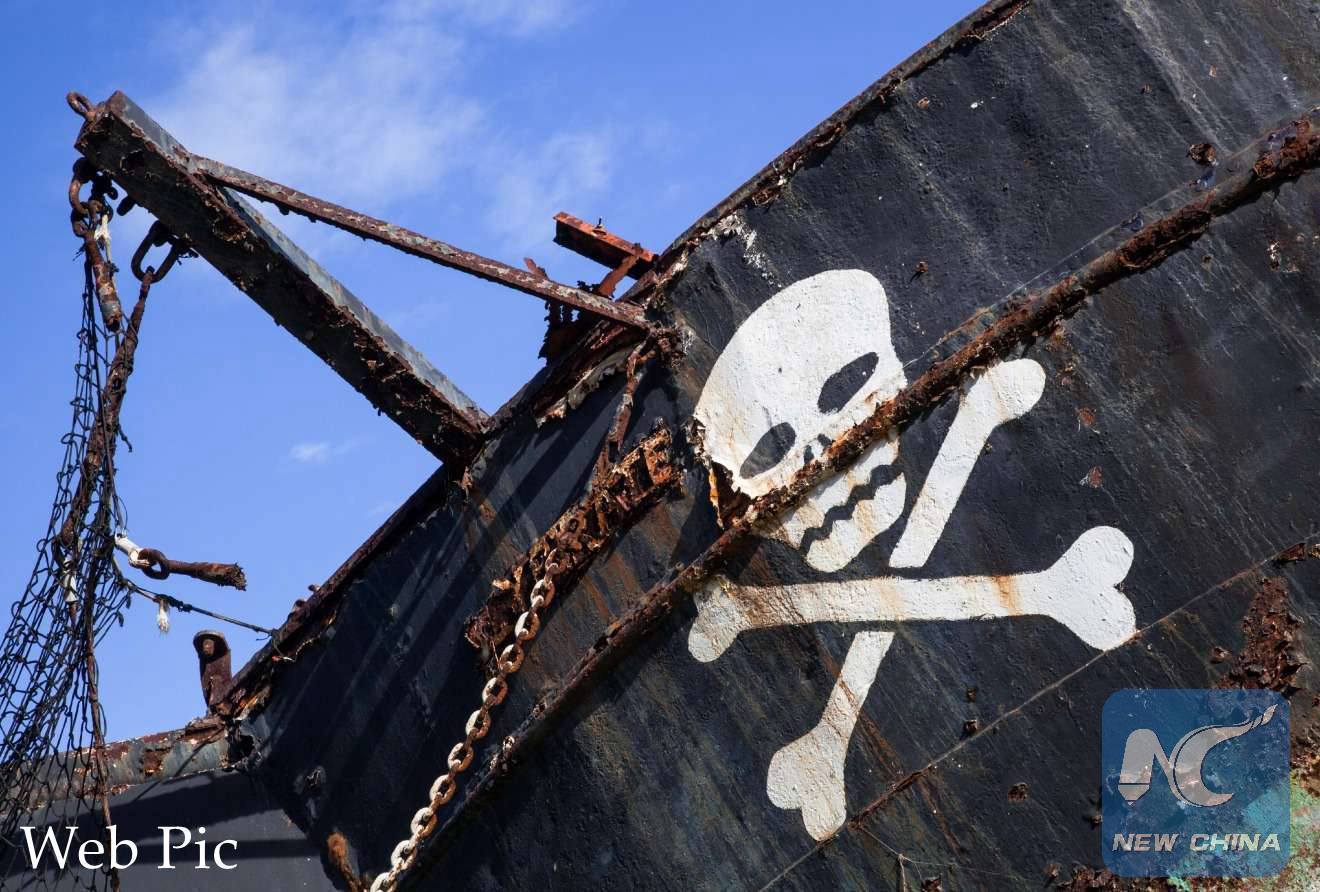 Six crew members of a German ship were kidnapped in Nigeria when suspected pirates attacked their vessel in the port of Onne in the country's oil-rich state of Rivers, maritime sources said on Tuesday.
Fewer than 10 pirates on a speedboat attacked the ship early Saturday, according to the sources.
The ship is operated by Peter Doehle Group, a German firm.
One source, who could not clearly state the nationalities of the victims, noted the master of the attacked ship, its chief officer, second officer, second engineer, bosun, and cook were taken away by the gunmen.
Nigerian officials are yet to comment on the pirate attack.
Another source said the Liberia-flagged ship was headed to Monrovia, the Liberian capital city, when it was attacked. It had originated from Malabo, the capital of Equatorial Guinea.
No group has so far claimed responsibility for the attack.
The Gulf of Guinea, which is believed to hold as much as 10 percent of the world's oil reserves, has been plagued by pirates, smugglers, and other criminals.
The socio-economic agitations in the Niger Delta region of Nigeria have contributed to the rise in attacks on oil facilities and vessels, in addition to kidnapping, crude oil theft, illegal bunkering and refining in recent years.
In July, in a bid to end pirate attacks on local and international merchant ships in the Gulf of Guinea, the Nigerian navy deployed warships and troops in a massive operation aimed at patrolling the Nigerian waters.
According to government data, four successful attacks were recorded out of 16 attempted pirate attacks between January and June.
In the first half of last year, a total of 36 successful attacks were recorded out of 55 attempted ones.
The International Maritime Bureau, in its first quarter 2017 report on piracy and armed robbery in the Gulf of Guinea, said there was a decline in attacks.