An overloaded small aircraft on Sunday crashed into a lake in South Sudan, killing at least 17 people, according to AP.

The crash occurred when the 19-seater commercial Baby Air plane was en route to the city of Yirol after taking off from Juba International Airport. 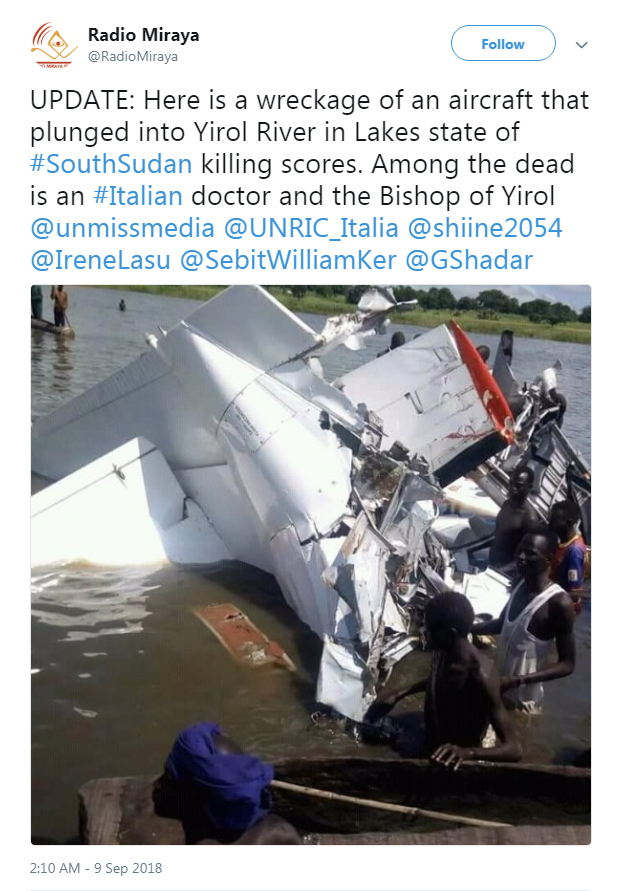 Screenshot of the official Twitter account of Radio Miraya, a radio station owned and operated by the UN Mission in South Sudan.

The three survivors are a 6-year-old child, an adult man and an Italian doctor with an aid organization who was in surgery and in serious condition.

The plane carried about 20 people onboard, said a report by AFP, quoting a local official. The cause of the crash is still unclear.