Passengers were forced to swim for their lives Friday when an airliner ditched into a lagoon after missing the runway on a remote Pacific island and began sinking. 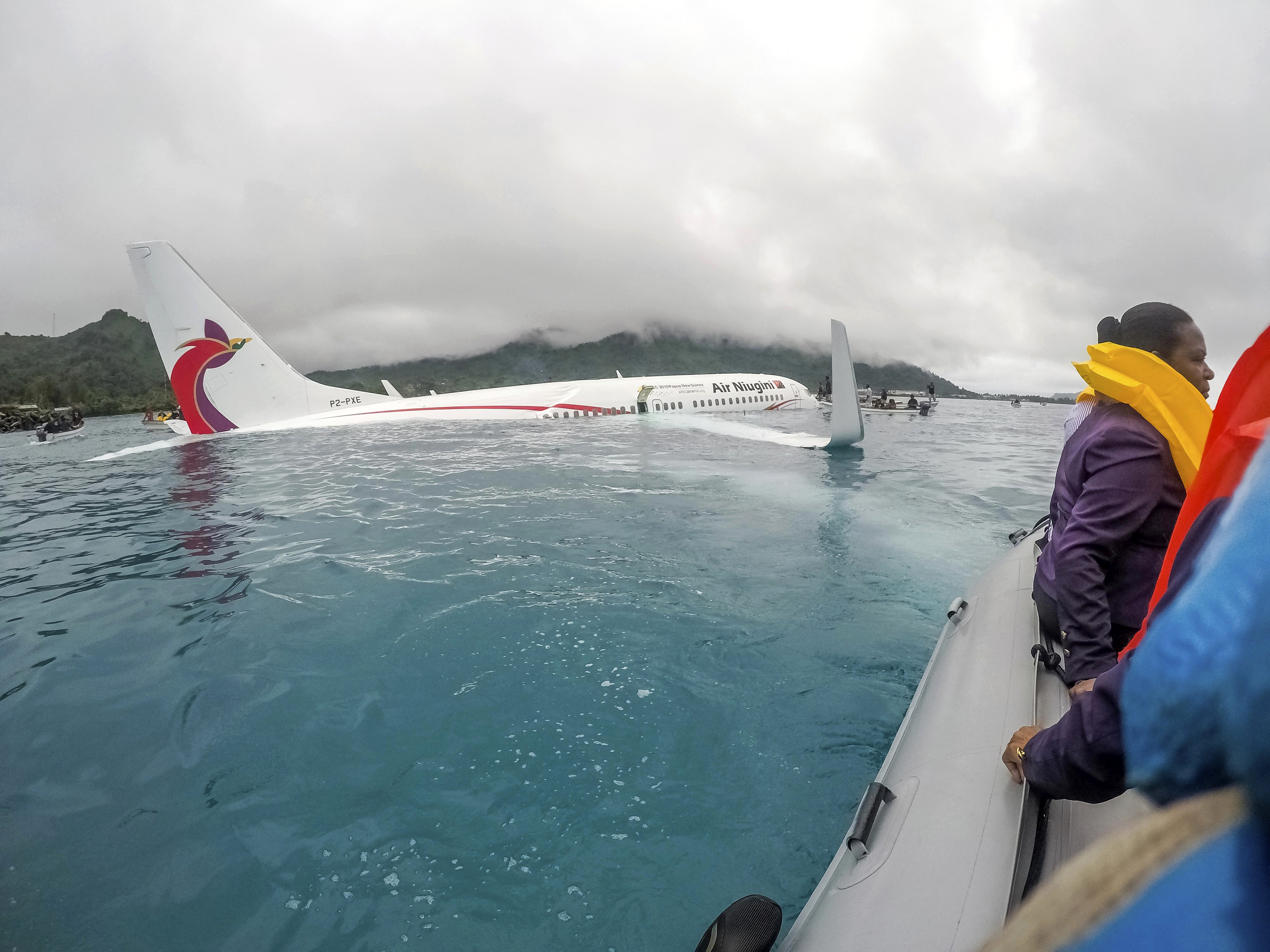 In this photo provided by US Navy, US Navy Sailors from Underwater Construction Team 2 assist local authorities in shuttling the passengers and crew of Air Niugini flight to shore following the plane crashing into the sea on its approach to Chuuk International Airport in the Federated States of Micronesia., Friday, Sept. 28, 2018. (AP)

The Air Niugini Boeing 737-800 was attempting to land at Weno airport in Micronesia but ended up half submerged in Chuuk lagoon after the accident on Friday morning.

Within minutes, locals scrambled a flotilla of small boats to pluck the 35 passengers and 12 crew from the water.

The airline said the plane, which was involved in a collision with another aircraft earlier this year, had "landed short of the runway".

Remarkably, it reported no serious injuries among those on the plane, which was making a scheduled stop on its way from the Micronesian capital Pohnpei to Port Moresby.

"Air Niugini can confirm that all on board were able to safely evacuate the aircraft," the firm said in a brief statement.

"The airline is making all efforts to ensure the safety and immediate needs of our passengers and crew."

The airline did not detail what caused the accident, which occurred at about 9:30am (2330 GMT Thursday).

But it said it had been informed that "the weather was very poor with heavy rain and reduced visibility at the time of incident".

Passenger Bill Jaynes, editor of the Pohnpei-based Kaselehlie Press newspaper said he did not even realise there had been an accident until he saw water gushing into the fuselage.

"It was surreal," he told Bible Baptist Radio Chuuk shortly after being discharged from hospital with a gash on his forehead.

"I thought we landed hard until I looked over and saw a hole in the side of the plane and water coming in. I thought 'this is not the way it's supposed to happen'."

Jaynes praised the response of the locals.

"They immediately starting coming out in boats. They were awesome and I was really impressed," he said.