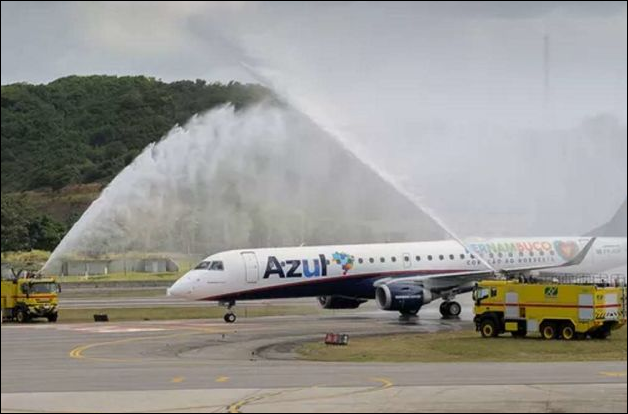 At least six people were killed during a confrontation with police at an airport in northeastern Brazil, the Federal Police said on Wednesday.

The deaths occurred at the Salgueiro Airport in the northeastern state of Pernambuco when the armed group attempted to rob a plane's cargo of money intended for city banks.

The gang overcame security guards and accessed the runway as the plane was landing, before firing at the pilot to stop the plane.

The Federal Police, who had been investigating the gang for three years and were awaiting them, returned fire.

In total, six members of the armed group were killed, one was wounded and another four detained.

No police were harmed and no money on the plane was stolen during the fighting, authorities said.

The pilot was injured but was taken to hospital soon after the incident, and is said to be in good condition.

Authorities recovered six AK47 rifles and a pistol that were used in the attempted robbery.