Plane skids off runway at Istanbul airport, no injuries reported

ISTANBUL, Jan. 7 (Xinhua) -- A passenger plane on Tuesday skidded off the runway after landing at Istanbul's Sabiha Gokcen International Airport, but no injuries were reported. 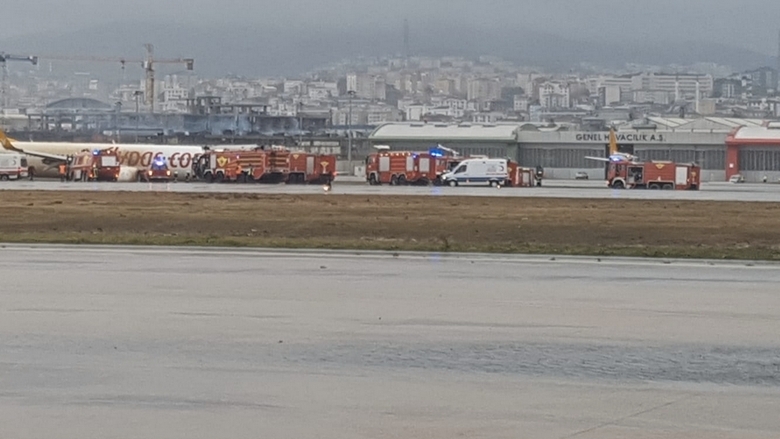 A Boeing 737 airplane with Turkey's Pegasus Airlines slid off the runway at 09:05 local time after arriving from Sharjah International Airport in the United Arab Emirates, according to the Sabah daily.

The passengers were immediately evacuated after the plane stopped on a soil area near the runway, the daily noted.

The state-run Anadolu Agency said the airport was closed to all flights until 11:20 local time (0820GMT) due to the incident, while Bilal Eksi, CEO of the Turkish Airlines, announced on his Twitter account that the flag carrier canceled all its flights until 15:00 local time (1200GMT).

The cause of the incident was not immediately clear, but Istanbul has been battered by heavy wind and rain for two days.