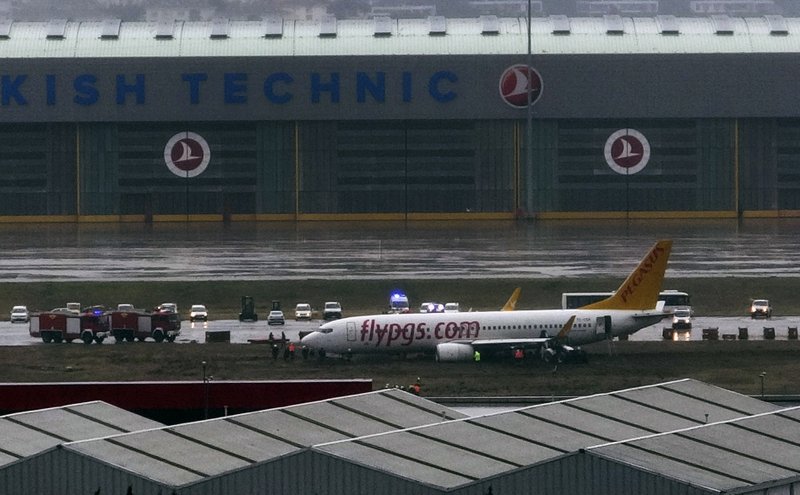 Members of emergency services work around a passenger plane that skidded off the runway at the Sabiha Gokcen Airport in Istanbul, Tuesday, Jan. 7, 2020, temporarily shutting down the airport. (Photo: AP)

A passenger plane skidded off the runway in the Turkish city of Istanbul on Tuesday, temporarily shutting down the airport.

The Boeing 737-800 from Sharjah, United Arab Emirates, operated by Turkish low-cost airline Pegasus, skidded as it landed at Sabiha Gokcen Airport in the morning. Passengers were evacuated by emergency slides.

The airline said there were no deaths or injuries. Istanbul governor’s office said all 164 passengers were safely evacuated.

Storms and heavy rain have affected the city and transportation since Sunday night.

The official Anadolu news agency said the international airport will be closed until 1700 GMT, after initially saying it would re-open at 0820 GMT, but added the airport could open earlier. The airport is on the Asian side of Turkey’s largest city, which spans two continents.