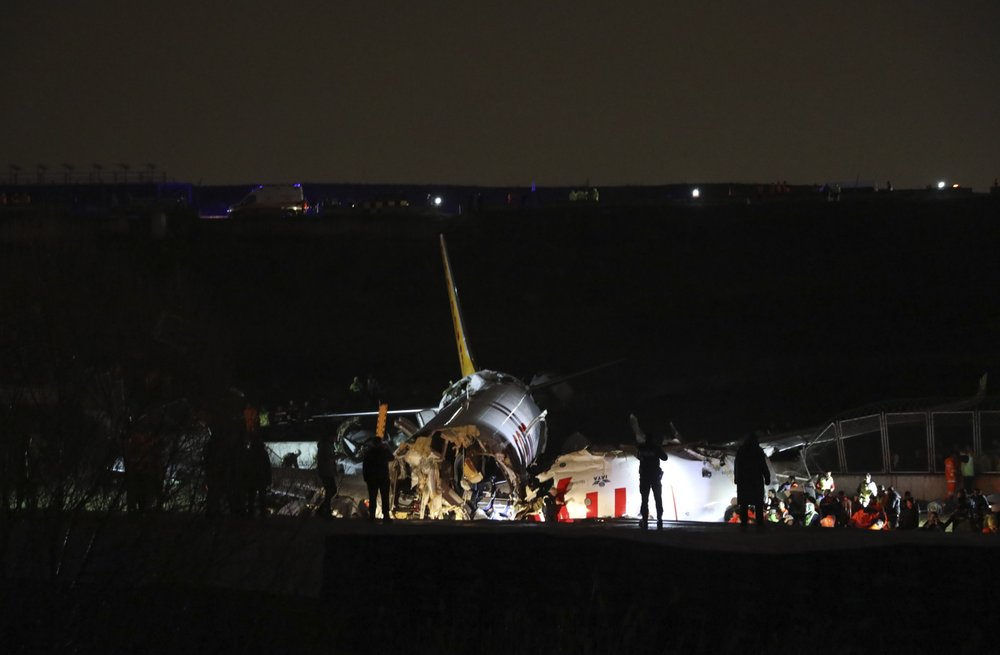 ISTANBUL, Feb. 5 (Xinhua) -- A plane slided off the runway at Istanbul's Sabiha Gokcen International Airport on Wednesday, and its passengers were evacuated, local media reported.

The Haberturk broadcaster said a Boeing 738 airplane with Turkey's Pegasus Airlines skidded off the runway after arriving from the western city of Izmir.

Video footage aired by Haberturk showed that the front part of the aircraft was torn apart, and a fire erupted on the plane.

According to the preliminary press reports, a total of 177 passengers have been evacuated from the plane without any casualty.

The airport was closed to air traffic, Haberturk said.