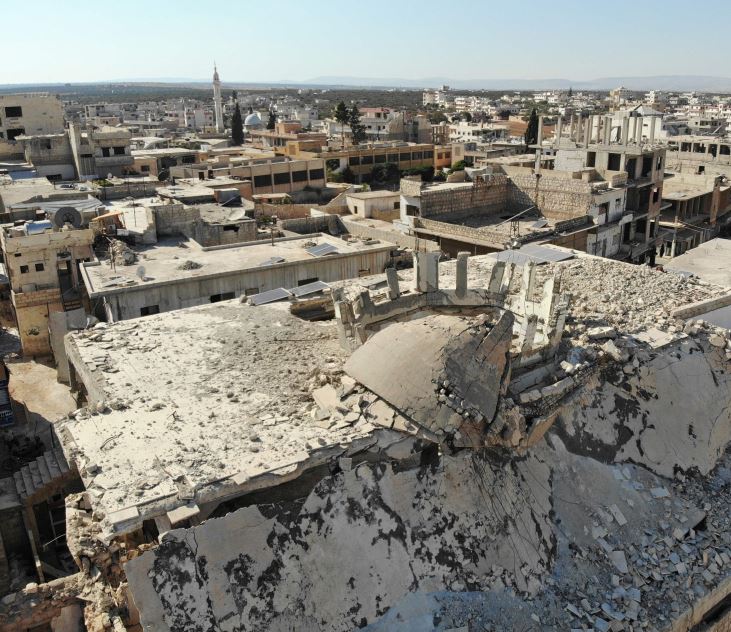 This general view taken on Sept. 27, 2018 shows the destruction in the rebel-held town of Maaret al-Numan, in the north of the Syrian Idlib Province. (Photo: AFP)

However, heavy weapons remain present in the northern mountains of Latakia Province in northwestern Syria, the London-based monitor said.

The withdrawal of the rebels' heavy weapons comes as part of a deal established between Turkey and Russia late last month over the creation of a demilitarized buffer zone in northern Syria.

The planned buffer zone is 15 to 20 km wide and should be established by Oct.15.

The demilitarized zone will include areas in Idlib, which is the last major rebel stronghold in Syria, as well as adjacent countryside areas of the provinces of Hama, Latakia and Aleppo.

The Russian-Turkish deal has so far helped avert a wide-scale offensive in Idlib by the Syrian Army, which was planning to root out the rebel groups in the province.

Throughout the more than seven-year Syrian war, Idlib has emerged as the main destination and stronghold for the rebels fleeing other parts of the country after deals or surrender.

The Syrian government estimates that up to 50,000 rebels are located in Idlib.

The al-Qaida-linked groups, including the Hayat Tahrir al-Sham, otherwise referred to as the Nusra Front, are the most powerful among other rebel factions in Idlib.

While the government has welcomed the Russia-backed deal to create a buffer zone, officials in Syria, including President Bashar al-Assad, said the deal is just a temporary measure as Idlib will inevitably return under the government control.