US President Donald Trump on Tuesday said that planning for his next summit with North Korean leader Kim Jong-un is advanced and that "three or four locations" have been short-listed.

Trump said at the White House that the meeting would "probably" not be in Singapore, where their historic first talks took place in June. 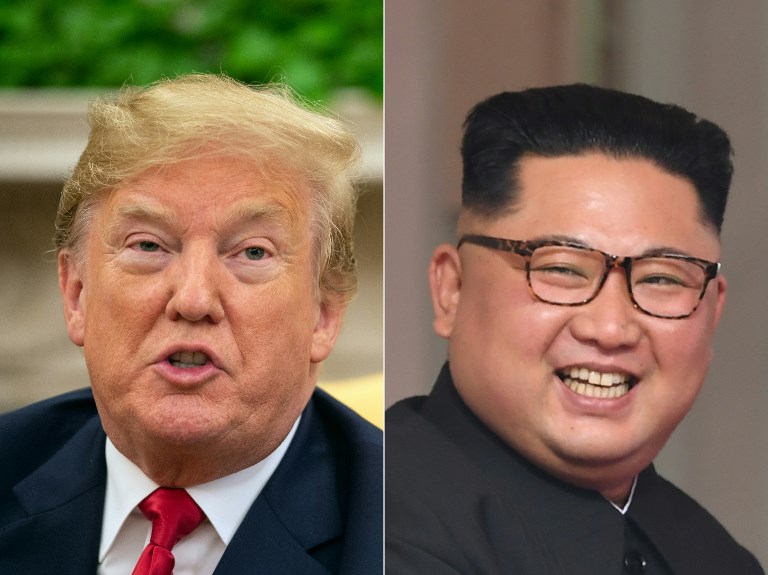 This combination of file pictures created on July 12, 2018 shows US President Donald Trump speaking to the press in the Oval Office at the White House in Washington, DC, on June 27, 2018, and North Korea's leader Kim Jong-un (R) at the start of the historic US-North Korea summit, at the Capella Hotel on Sentosa island in Singapore on June 12, 2018. (AFP)

The pair discussed ending the reclusive state's nuclear weapons program and hostilities between Washington and Pyongyang.

Trump said that in terms of timing, the summit "won't be too far away," later telling reporters it would take place after the November 6 midterm elections.

He also said that there could "eventually" be a meeting on US soil.

"On their soil also," Trump added.

US Secretary of State Mike Pompeo met with Kim on Monday in Pyongyang to discuss the next summit.

"I returned late last night from North Korea from a trip where we made real progress. While there is still a long way to go and much work to do, we can now see a path to where we'll achieve the ultimate goal which is the full and final verified denuclearization of North Korea," Pompeo told reporters at the White House.

"We will, in short order, be able to talk about when the president will get to meet with him at what will be the second summit."

Trump talked of "incredible progress," hailing the absence of missile or nuclear tests this year and the recent return of remains of US service members killed during the Korean War.

"You have no nuclear tests, you have no rockets, and we have a very good relationship with Chairman Kim, which is very important," Trump said.

"I like him, he likes me, the relationship is good."