Syria has been related to shootings, mortar attacks, aerial strikes, and refugees since 2011. The civil war of the country escalated to one of the bloodiest and complicated conflicts in the world today. Cities were destroyed, lives shattered. Syria has one of the most ancient civilizations on earth, but now all six of the country's Unesco World Heritage sites have been damaged.

But let's not forget the beauty of Syria, a country of fertile plains and high mountains. Located in the heart of the Middle East, bordering the Mediterranean Sea, between Turkey and Lebanon, the country is considered a crossroads between various vegetation zones. The flora shows impacts from Asia, Europe, and Africa.

Here in this article, we introduce three plants that have a close relationship with the country. 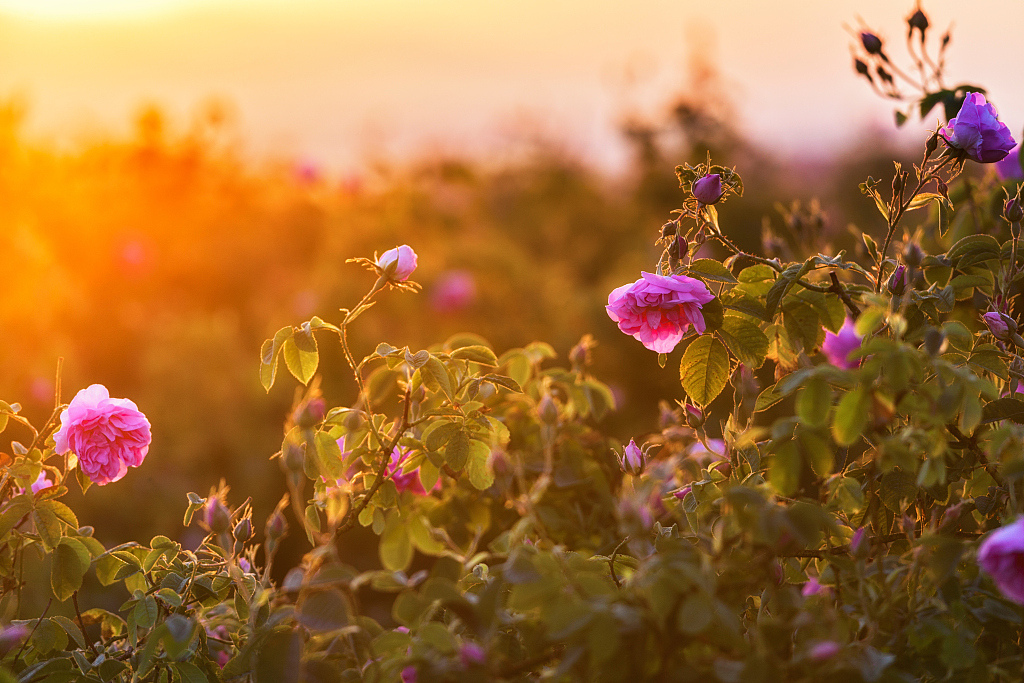 The Damask rose is famous for its fine fragrance. /VCG Photo

The Damask rose is one of the oldest flowers in history. The flower, which is famous for its fine fragrance, has been exported to Europe since the time of the crusades. It is cultivated all year around and especially used to produce essential oils and flavoring ingredients such as rose water. 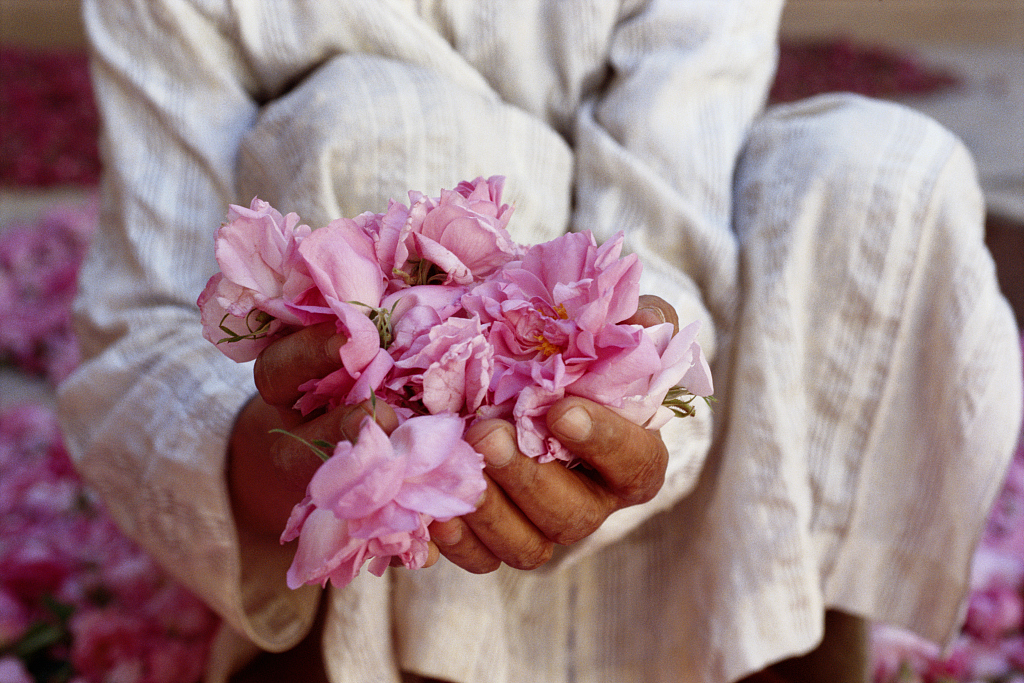 The plant is a deciduous shrub which can grow to about 2.2 meters high. The stems are armed with prickles, its leaves are pinnate. The roses grow in groups and are usually pink or red. 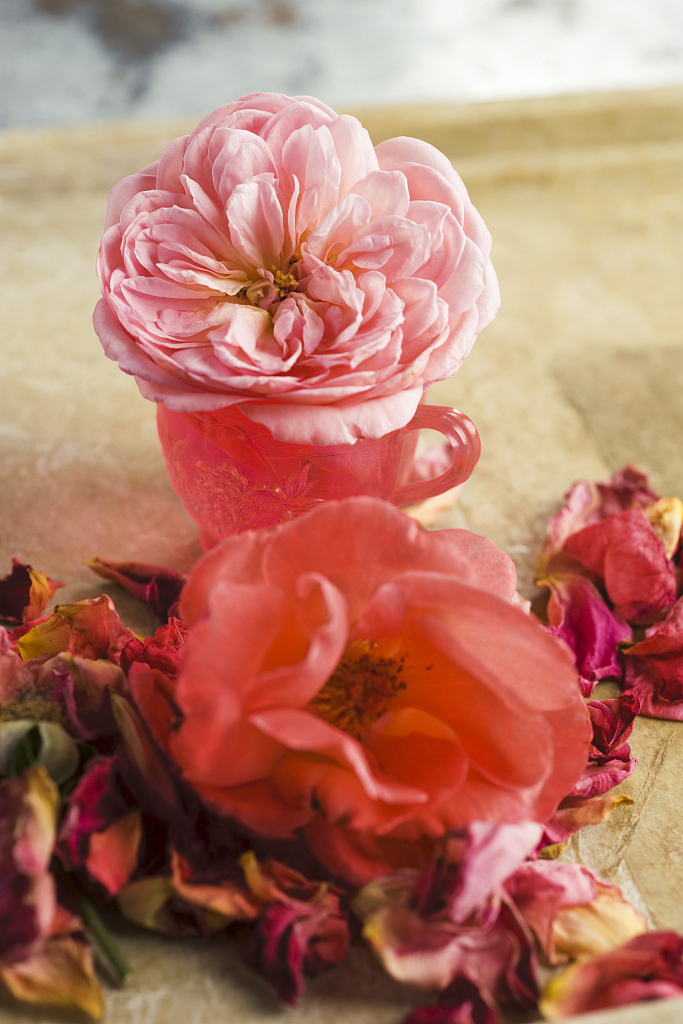 The charming rose has captivated many people's hearts. Syrian poet Nizar Qabbani once wrote, "I come to you ... from the tales of the ­Damascene rose, that depicts the history of all fragrance." Shakespeare is also a fan of the flower, referenced it in his famous play "Twelfth Night."

The on-going war in Syria has also affected the production of the 30-petalled flower, which got its name from the country's capital, Damascus.

Although the government of Syria hasn't named any flower as the country's national flower, the public considers jasmine, a lovely flower widely cultivated, as the national flower of the country. Damascus is also named the "City of Jasmine."

There are approximately 200 species of jasmine. Some are deciduous, some are evergreen. They are white or yellow, with four to nine petals. The plant is native to tropical and subtropical areas of Eurasia and Oceania. 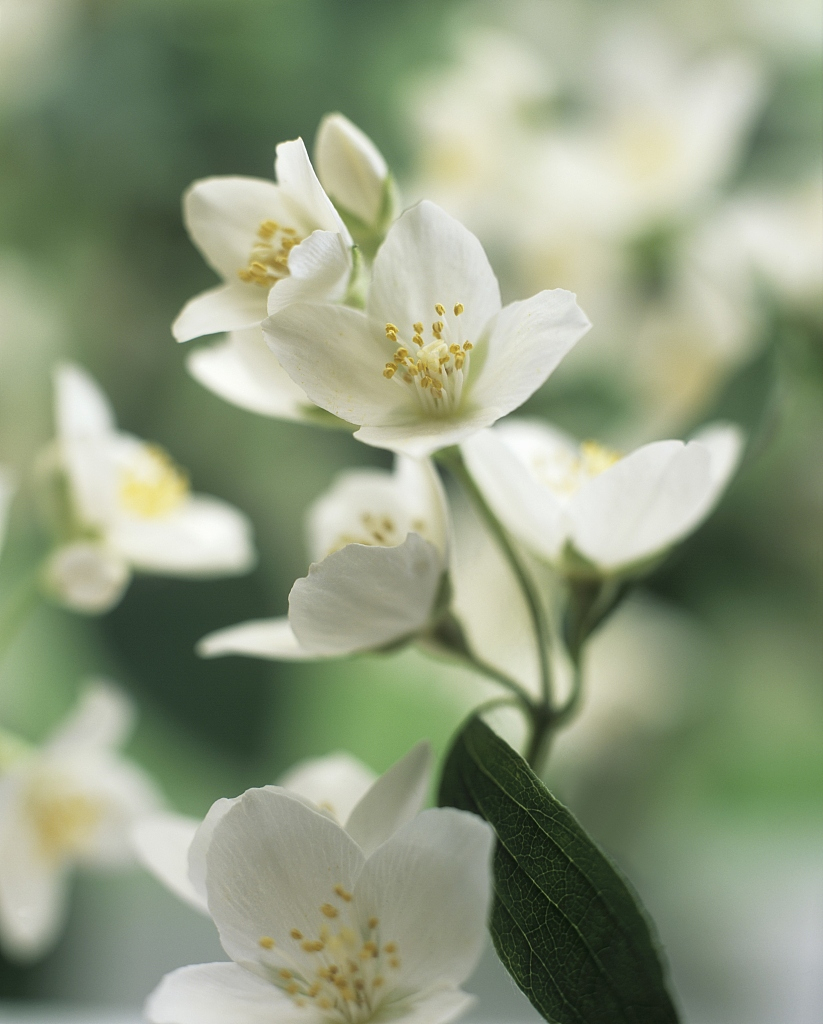 Damascus is called the "City of Jasmine." /VCG Photo

The flower has a strong fragrance and is planted abundantly in Syria. It plays an important role in the country's economy. Jasmine oils are extracted to make perfumes and cosmetics. Flowers and seeds are used in many aspects. 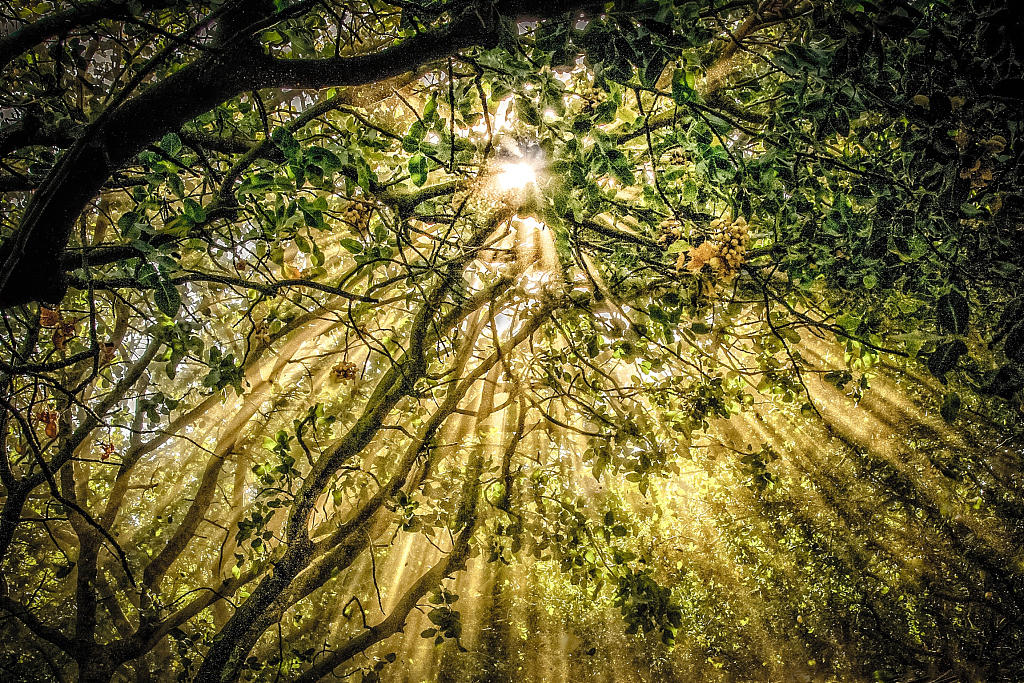 Pistachio plays a vital role in Syria. The country is considered an ancestral home of the pistachio tree and ranked fourth globally in pistachio production in 2010, before the civil war. Therefore, the plant is also referred to as the "Golden Tree" in Syria.

Pistachio is a member of the cashew family. It's a small tree originating from the Middle East and Central Asia. Its seed is a popular food worldwide.

It is a desert plant so it needs plenty of sunlight and well-drained soil to grow. The tree can live up to 300 years old and takes about seven to ten years to produce. 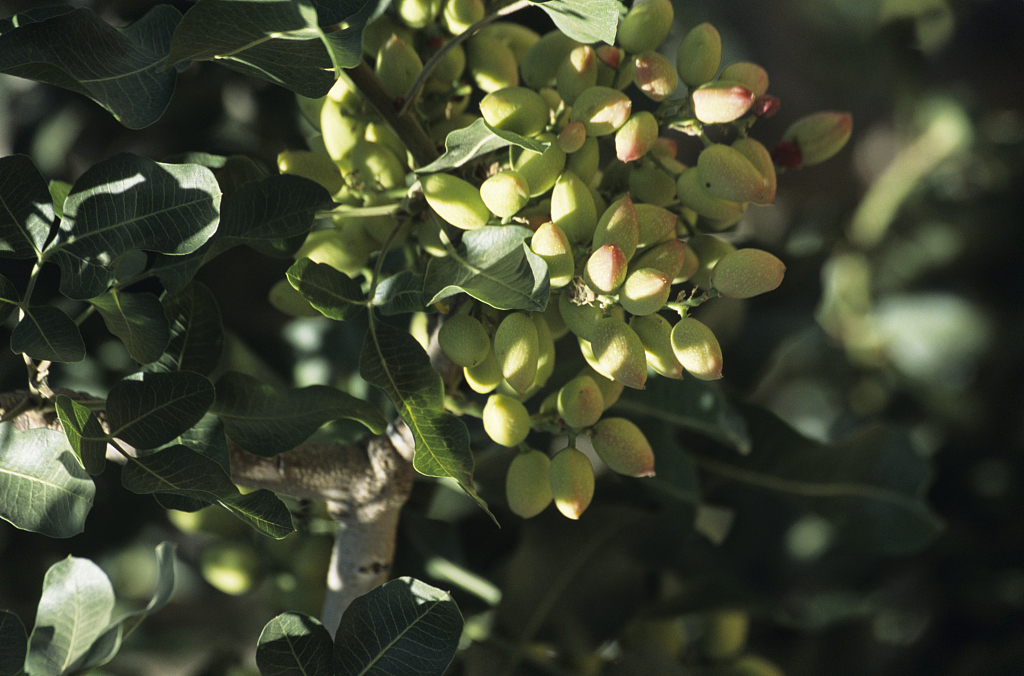 Syria's primary pistachio reservoir is a small town named Murak. It contributed nearly 60 percent of total pistachio production in Syria before the war and is known as the "City of Red Gold."

"Plants & Nations" is a series of articles and pictures about common plants in the world. It serves as a guide to beautiful plants from different countries.