Former UEFA president Michel Platini was released from custody in the early hours of Wednesday after being questioned as part of a corruption investigation into the awarding of the 2022 World Cup to Qatar. 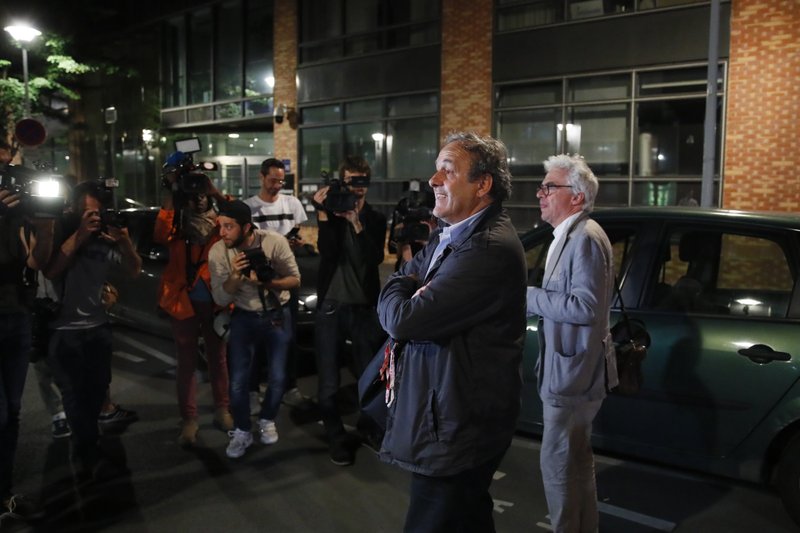 Michel Platini and his lawyer William Bourdon, right, answer reporters after Platini has been freed, outside the French police anti-corruption and financial crimes office in Nanterre, outside Paris, early Wednesday, June 19, 2019. (Photo: AP)

Platini had denied any wrongdoing and French authorities did not announce any charges against the former France and Juventus player.

Ahead of the FIFA vote, Sarkozy hosted a meeting in November 2010 that brought Platini together with Tamim bin Hamad al-Thani, then the crown prince of Qatar and now its ruling emir. Al-Thani also owns the French soccer club Paris Saint-Germain, and Sarkozy frequently attends its games.

As head of European soccer's governing body UEFA, Platini was the continent's top representative on the FIFA committee that picked Qatar.

French prosecutors are known to be investigating an array of winning bids for major sports events, including the 2018 World Cup, awarded to Russia, the 2020 Olympic Games in Tokyo and track and field world championships.