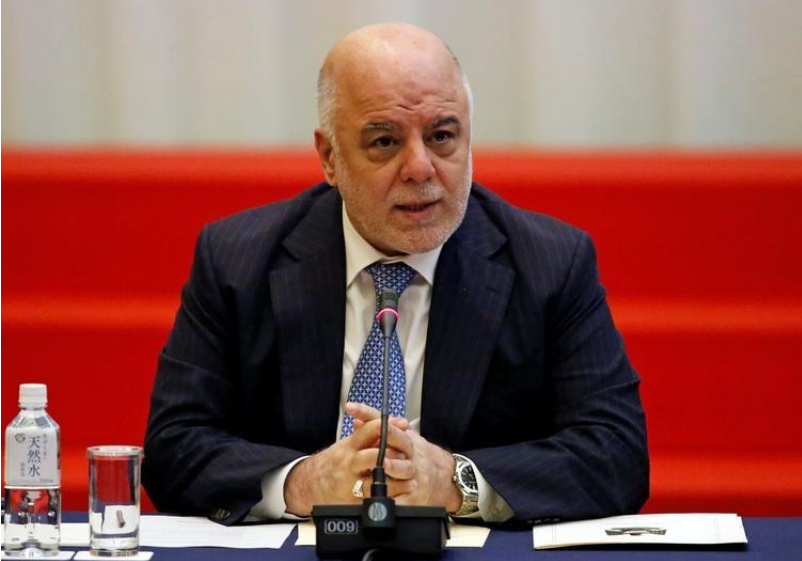 Iraqi Prime Minister Haider al-Abadi said on Tuesday he opposed any repeat of the May 12 parliamentary election, and warned that anyone who tried to sabotage the political process would be punished, after allegations of electoral fraud raised tensions.

arliament has demanded a nationwide recount of votes, drawing calls for the election to be re-run. Abadi said only the Supreme Court could decide whether to re-run the vote, which was won by a bloc headed by Shi’ite cleric Moqtada al-Sadr.

On Monday, Sadr urged Iraqis to unite rather than squabble over a possible re-run of the election, in a message apparently meant to lower the political temperature after a ballot box storage depot caught fire.

In his weekly news conference, Abadi called the fire a deliberate act and said the attorney general would bring charges against those who are trying to undermine the political process.

An Iraqi court ordered the arrest of four people accused of setting fire to the storage site, state television reported.

Three of them were policemen and one an employee of the Independent High Elections Commission. Iraqi authorities said the ballot boxes had been rescued but the fire has fueled fears of violence.

Sadr, a Shi’ite Muslim cleric who once led violent campaigns against the US occupation that ended in 2011, has emerged as a nationalist opponent of powerful Shi’ite Muslim parties allied with neighboring Iran and as a champion of the poor.

He has warned that certain parties are trying to drag Iraq into a civil war, adding that he would not participate in one.

Abadi thanked Sadr for a disarmament initiative he has floated and said he hopes the cleric sticks to it.