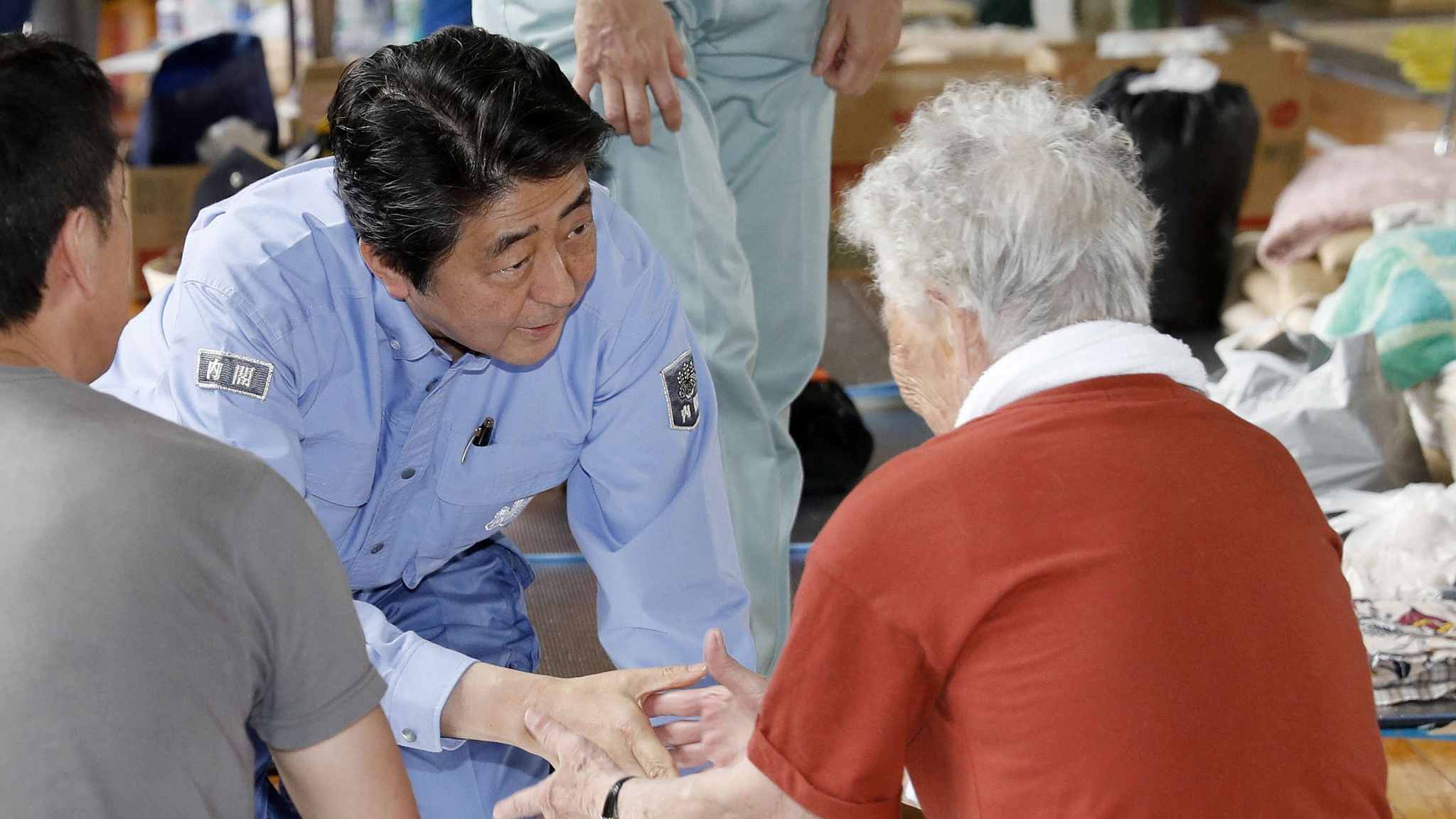 At least 204 people have been killed in flash floods and landslides that have devastated Japan over the past week, a government spokesman said Friday, as Prime Minister Shinzo Abe visited affected areas and met with survivors.

The toll from the record rainfall has continued to rise, as rescue workers dig through the debris and find the remains of dozens of people reported missing.

Around 73,000 rescue workers including police and troops "are working as hard as they can, with the priority on saving lives," top government spokesman Yoshihide Suga said Friday, adding the toll was now 204 dead, with 28 people still missing.

Abe, who earlier this week cancelled a foreign tour, travelled to Seiyo in Ehime prefecture, where he visited homes damaged in the disaster and talked to residents trying to clean up, television footage showed.

"I want local governments in disaster-hit areas to do all they can for emergency assistance and reconstruction, without hesitating to spend," he said.

The financial cost of the disaster is still being calculated, but the agriculture ministry said Friday it has assessed losses of at least 207 million US dollars.

That figure is likely to rise further as clean-up operations continue and the scale of the damage becomes clear.

The size of the toll in what is now Japan's worst weather-related disaster in over three decades has prompted questions about whether authorities were properly prepared and acted effectively.

The English-language Japan Times daily noted that the flooding that engulfed one district of Kurashiki in Okayama prefecture was in line with forecasts from local authorities.

But "evacuation orders were issued by the city to residents in some areas of the district just minutes before the breach of the embankment took place," the newspaper said in an editorial.

"We need to scrutinize our defenses against such disasters, identify the weak points and fix them."