Rishi Sunak, trailing in the race to become Britain's prime minister, pledged on Wednesday to temporarily scrap taxes on household energy bills as part of a "winter plan" to ease the cost-of-living crisis. 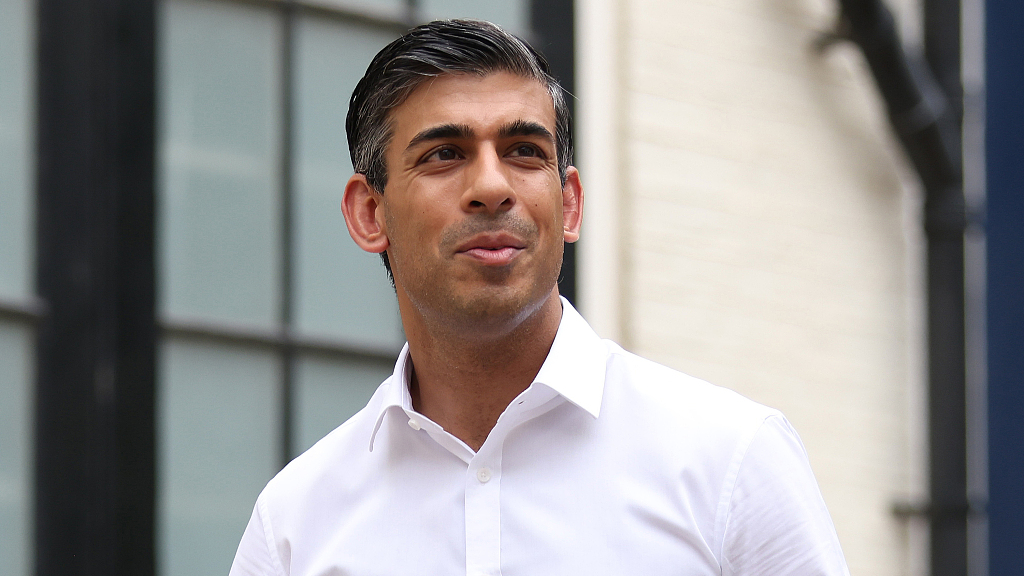 Rishi Sunak, former Chancellor of the Exchequer, leaves his home after launching his campaign to be the next leader of the Conservative Party in London, England, July 9, 2022. (Photo: CFP)

The pledge marks a change of tack for Sunak, who has repeatedly emphasized the need to restore discipline to Britain's public finances.

"This temporary and targeted tax cut will get people the support they need whilst also – critically – bearing down on price pressures," Sunak said.

Truss has repeatedly warned that Sunak's plans will tip Britain into recession.

Whoever triumphs when the result is announced on September 5 will inherit some of the most difficult conditions in Britain in decades. Inflation is on course to hit 11 percent annually, growth is stalling, and industrial action is on the rise.

The Resolution Foundation think tank, which focuses on living standards, has previously described the idea of cutting VAT on energy bills as poorly targeted and of "tiny" benefit in comparison to the huge increase in costs.

"U-turn if you want to. The lady's not for turning," Clarke said, drawing from Margaret Thatcher's famous 1980 Conservative Party conference speech.