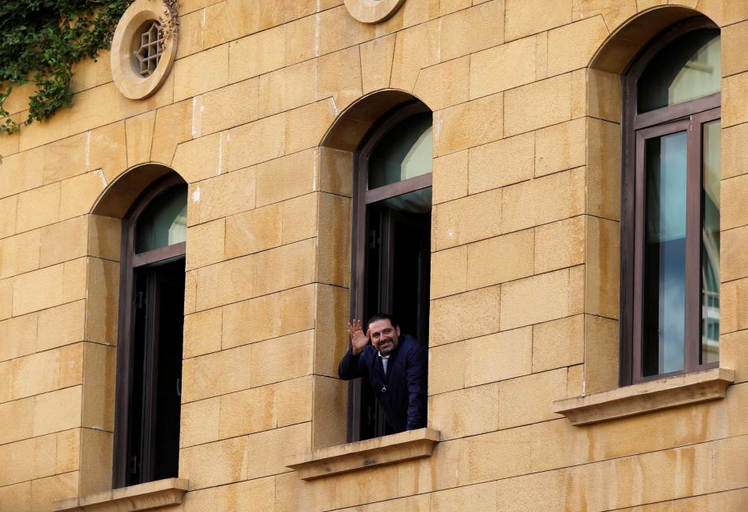 Saad al-Hariri who suspended his decision to resign as prime minister gestures to his supporters at his home in Beirut, Lebanon November 22, 2017. REUTERS/Jamal Saidi

Prime Minister Saad al-Hariri said on Thursday Lebanon’s political crisis was “a wake-up call” for Lebanese with different loyalties to put their country ahead of regional issues.

Hariri was referring to the crisis ignited by his shock announcement on Nov. 4 that he was resigning. He made it from Saudi Arabia, a Sunni monarchy and regional powerhouse locked in a confrontation with Shi‘ite Islamist Iran.

After returning to Lebanon this week, he shelved the decision on Wednesday at the request of President Michel Aoun.

“The period that passed was perhaps like a wake-up call for all of us to look for Lebanon’s interests rather than looking at problems around us,” Hariri said at the Annual Arab Banking Conference in Beirut on Thursday.

“The problems around us are important, but Lebanon is more important.”

Hariri reaffirmed the need for Lebanon to stick by its policy of staying out of regional conflict “not just with words but with action as well”.

“I want to stress that ... our main concern is stability, and this is what we’ll be working on.” 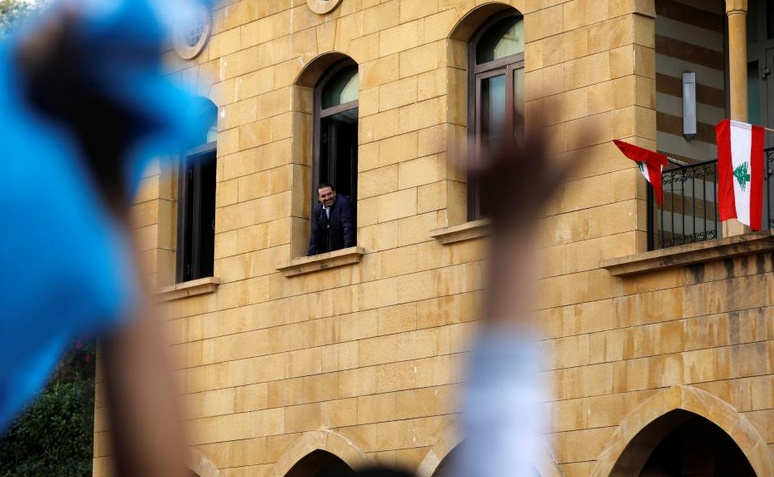 Saad al-Hariri who suspended his decision to resign as prime minister is seen from a window at his home in Beirut, Lebanon November 22, 2017. REUTERS/Jamal Saidi

Hezbollah’s parliamentary group met on Thursday and said in a statement afterwards that Hariri’s return to Lebanon and his “positive statements” signaled a possible return to normality.

Hariri said on Wednesday his decision to postpone resigning would lead to “a responsible dialogue ... that deals with divisive issues and their repercussions on Lebanon’s relations with Arab brothers.”

Top Lebanese officials have said Riyadh forced him to quit and held him in the kingdom. Riyadh and Hariri deny this.

Hariri returned to Lebanon after an intervention by France.

A leader in Hariri’s Future Movement said on Thursday that Hariri’s decision to wait instead of officially resigning from his post was a “wise step” that would allow for more dialogue.