Prime Minister Boris Johnson was braced for a showdown with parliament on Tuesday over his Brexit plan that could spark a snap election and derail Britain's exit from the European Union next month. 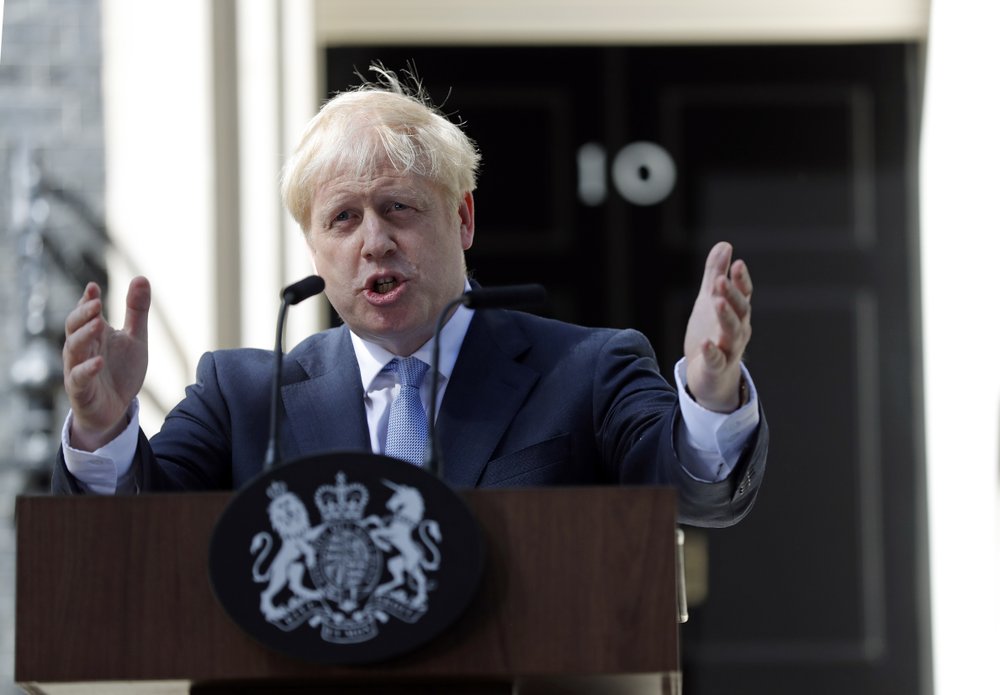 Members of Johnson's own Conservative party are working with opposition lawmakers to try to force him to delay Brexit if he cannot agree divorce terms with the EU in time.

But the prime minister, who took office in July promising to deliver on the 2016 referendum vote for Brexit, is adamant that Britain must leave the EU on October 31, with or without an agreement with Brussels.

Johnson has threatened to expel any Conservative MPs who join with the main opposition Labour Party in voting on Tuesday evening to begin a process that could delay Brexit to January.

His aides have also warned defeat would force him to call a snap election on October 14, just days before a crucial EU summit on October 17-18 -- and a mere fortnight before Brexit.

Meanwhile in Edinburgh on Tuesday, a court heard a legal challenge against Johnson's decision to suspend parliament next week for more than a month, which critics said was an attempt to silence MPs.

The heightened political tension sent the British pound tumbling on Tuesday to its lowest level against the dollar in almost three years.

Johnson took office less than six weeks ago, after his predecessor Theresa May was forced out over her failure to get her Brexit divorce deal through parliament.

From the start, he faced opposition from his own MPs who fear his threat of leaving the EU without an agreement with Brussels risks severe economic disruption.

Former finance minister Philip Hammond is among those who have joined with Labour to draw up legislation that could force the premier to delay Brexit if he cannot get a deal.

They will first try to make room in the parliamentary agenda for a debate of the bill by putting forward a motion set to be voted on by MPs on Tuesday evening.

If they succeed, they will introduce their bill on Wednesday and seek to get it through before parliament is suspended sometime next week.

Johnson has been meeting with rebels to try to change their minds, but Hammond said of Tuesday's vote: "There will be enough people for us to get this over the line."

Johnson, who is due to address parliament before the vote in a statement about last month's G7 summit, has made clear he will not delay Brexit.

"I want everybody to know -- there are no circumstances in which I will ask Brussels to delay," he said in a statement last Monday outside Downing Street, against the noise of jeering chants from protesters nearby.

Johnson has rejected the divorce deal on the table but insists he wants to reach an agreement with Brussels to ease the end of Britain's 46-year-old EU membership.

EU leaders have refused to reopen the current Brexit text but Johnson insists progress is being made, and says that only with a credible threat to walk away will he secure a new deal.

But critics point out there are no formal negotiations with Brussels, and both sides have stepped up preparations for a disorderly divorce next month.

A spokeswoman for the European Commission said Tuesday that it had yet to see any "concrete proposals" from London on how it wants to change the existing deal.

Johnson has received a boost in the opinion polls by his assertive action against parliament over Brexit.

But he has a majority of only one in the 650-seat House of Commons, which gives him little room for manoeuvre.

An early election could result in a larger majority, although it is also a big risk, as the political landscape was deeply fragmented by the 2016 referendum.

Johnson would need the support of Labour to call a snap poll, as the law requires the backing of two-thirds of MPs.

Labour leader Jeremy Corbyn has repeatedly called for an election and warned that if the legislative route fails, he may try to force one by calling a confidence vote in the government.

But many Labour MPs also fear a trap.

Johnson's aides insist any election would be held before Brexit, but some of his opponents fear he could change the date at the last minute to after October 31.

This would leave parliament powerless to stop a "no deal" Brexit.