WORLD PNA recalls its ambassador to US over Jerusalem crisis

PNA recalls its ambassador to US over Jerusalem crisis 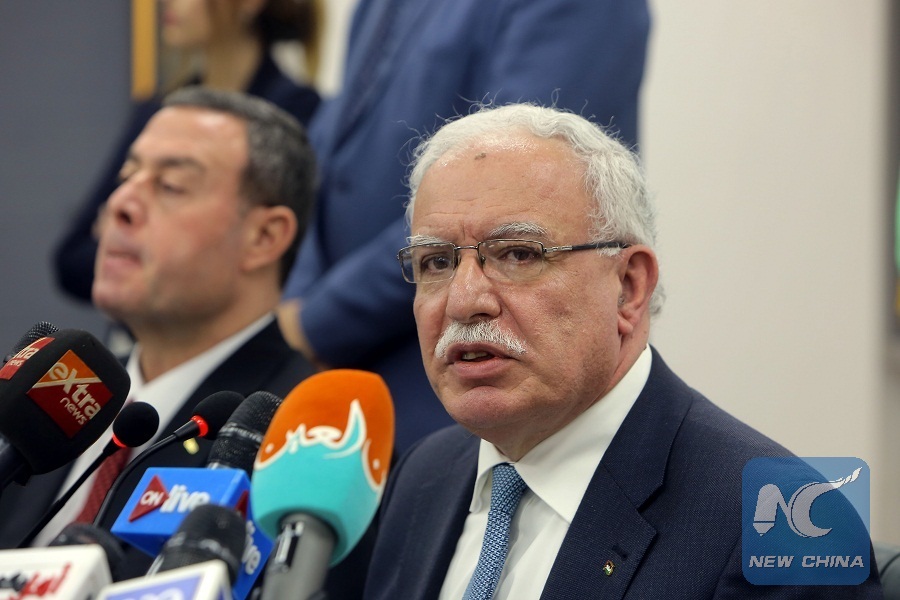 Palestinian National Authority (PNA) recalled Sunday its ambassador to the US for consultation over the crisis with Washington after its recognition of Jerusalem as Israel's capital.

A short statement by the Palestinian Minister of Foreign Affairs and Expatriates Riad Maliki said that he decided to recall the head of the Palestine Liberation Organization (PLO) mission in the US, Ambassador Hossam Zomlot.

On Dec. 6, US President Trump recognized Jerusalem as Israel's capital and ordered to move the US embassy to Jerusalem, which met strong Palestinian and Arab rejection.

Palestinians want East Jerusalem, which was occupied by Israel in 1967, as the capital of their future state, while Israel refuses to divide the city and wants "Greater Jerusalem" as its capital.