Rampant poaching has pushed pangolins to the brink of extinction, threatening the ecological balance of forests, a new assessment has warned. 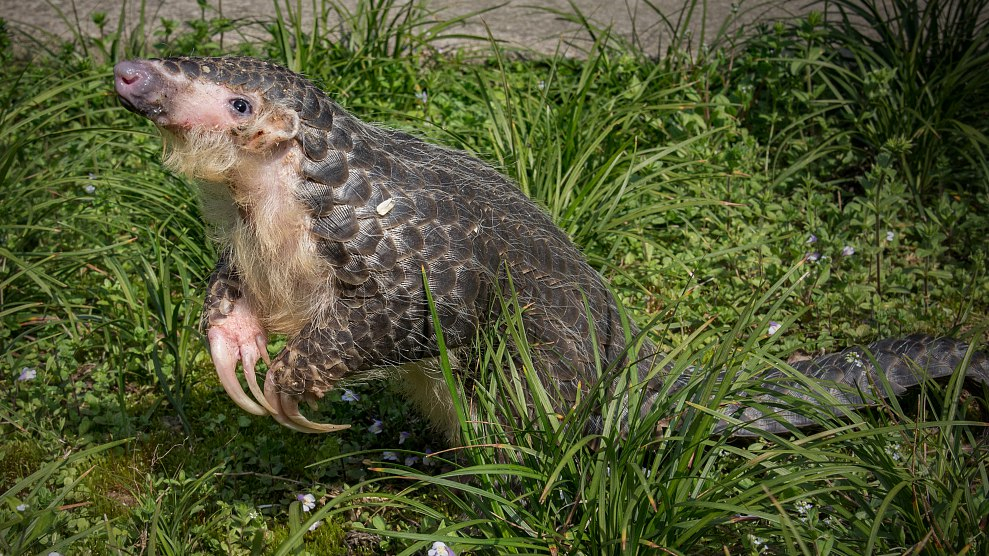 Three out of eight species of the animal are facing a severe survival threat due to massive demand for their meat and scales, the International Union for Conservation of Nature (IUCN) assessment report released on Wednesday said.

According to the assessment, the population of white-bellied pangolin and giant ground pangolin has declined by nearly 50 percent and Philippine pangolin numbers have plummeted by 80 percent in the last 21 years.

The status of three species of pangolins – the world's most trafficked mammals – was changed in the IUCN Red List of endangered species. Apart from poaching and demand for meat, the IUCN also cited habitat loss and overexploitation as the main reasons behind declining populations of the animal.

"Human exploitation for the illegal pangolin meat and scale trade is having a devastating impact on these species, and this is no time for complacency," said Adam Peyman of the Humane Society International.

Concerned over the widespread trafficking and killing of pangolins, the Convention on International Trade in Endangered Species (CITES), a wildlife trade regulator, banned commercial trade in the animal in 2016. But cross border trading continues to flourish.

Seizures of massive hauls of pangolin scales at various ports in Asian countries crossed the 100 million U.S. dollar mark this year. The scales of the ant-eating scaly mammals are used in traditional medicines in Asian countries.

"Pangolins continue to get hammered by poaching and trade, and extinction is on the horizon for these adorably odd creatures," said Sarah Uhlemann, international program director at the Center for Biological Diversity.

Meanwhile, a medical worker accused of smuggling nearly 26 kilograms of pangolin scales worth 958,000 yuan (136,947 U.S. dollars) in 2018 was sentenced to four years in jail by a court in Beijing Wednesday, Xinhua reported. The smuggler named Wang was also fined 40,000 yuan.