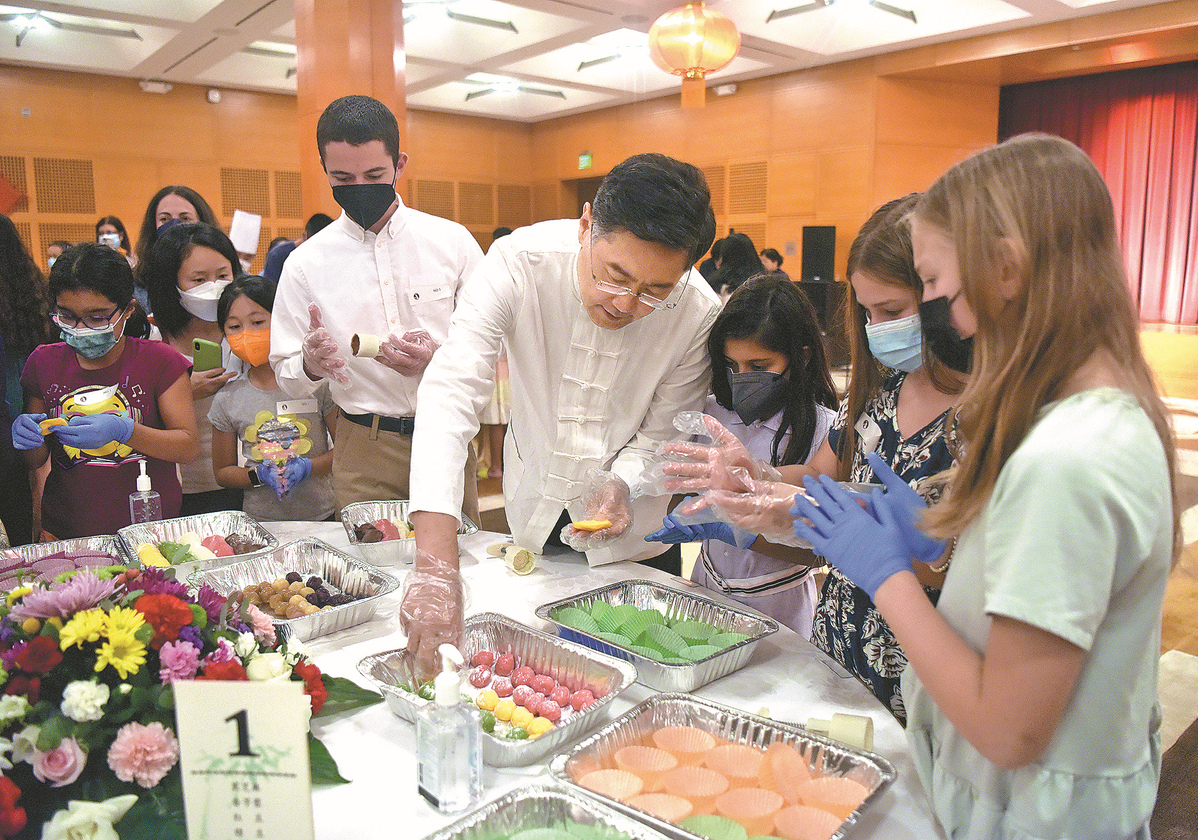 Under the same full moon, the US and Chinese embassies in both countries observed the Mid-Autumn Festival that fell on Saturday.

"To honor this traditional festival, members of the US diplomatic community in Beijing made this video of the classic Mid-Autumn Festival poem written by the famous poet Su Shi in 1076," tweeted United States Ambassador Nicholas Burns on Friday.

In the video, Burns led the recital by beginning the first two lines in Chinese: "When does a crisp full moon appear? Wine in hand, I ask heaven."

The video was viewed more than 100,000 times on the US embassy's WeChat account, and 127,000 times on Twitter as of Saturday evening.

"I want to say as an American in China how much I appreciate seeing actual diplomacy in action. So important to keep communication between our countries open for improved understanding. Thank you Ambassador, and best wishes to all my Chinese and American friends during the holiday," wrote Peter Jolicoeur, an aviation consultant based in Shanghai, on Twitter after watching the video.

In the US, the Chinese embassy observed the festival by making mooncakes, a traditional delicacy normally eaten on the day itself.

Nearly 200 people, mostly students from Sidwell Friends School along with their teachers and family members, were invited to the embassy in Washington to learn how to make mooncakes from a variety of colorful ingredients and pastries.

The students recited famous poems, including Night Thoughts by renowned poet Li Bai, which drew much applause from the enthusiastic audience.

Guests were also treated to a tea ceremony experience and Chinese folk music, dance and martial arts performances, and participated in cultural activities such as calligraphy, paper-cutting and painting classic Chinese round fans.

Qin Gang, the Chinese ambassador to the US, made mooncakes together with a group of students at the event. He said China's Mid-Autumn Festival is similar to the US Thanksgiving holiday. Both holidays celebrate the successful harvest for the year and bring families together for reunions.

"What we express is a hope and pursuit of reunion and happiness, and our thoughts of our loved ones who are not with us," he said.