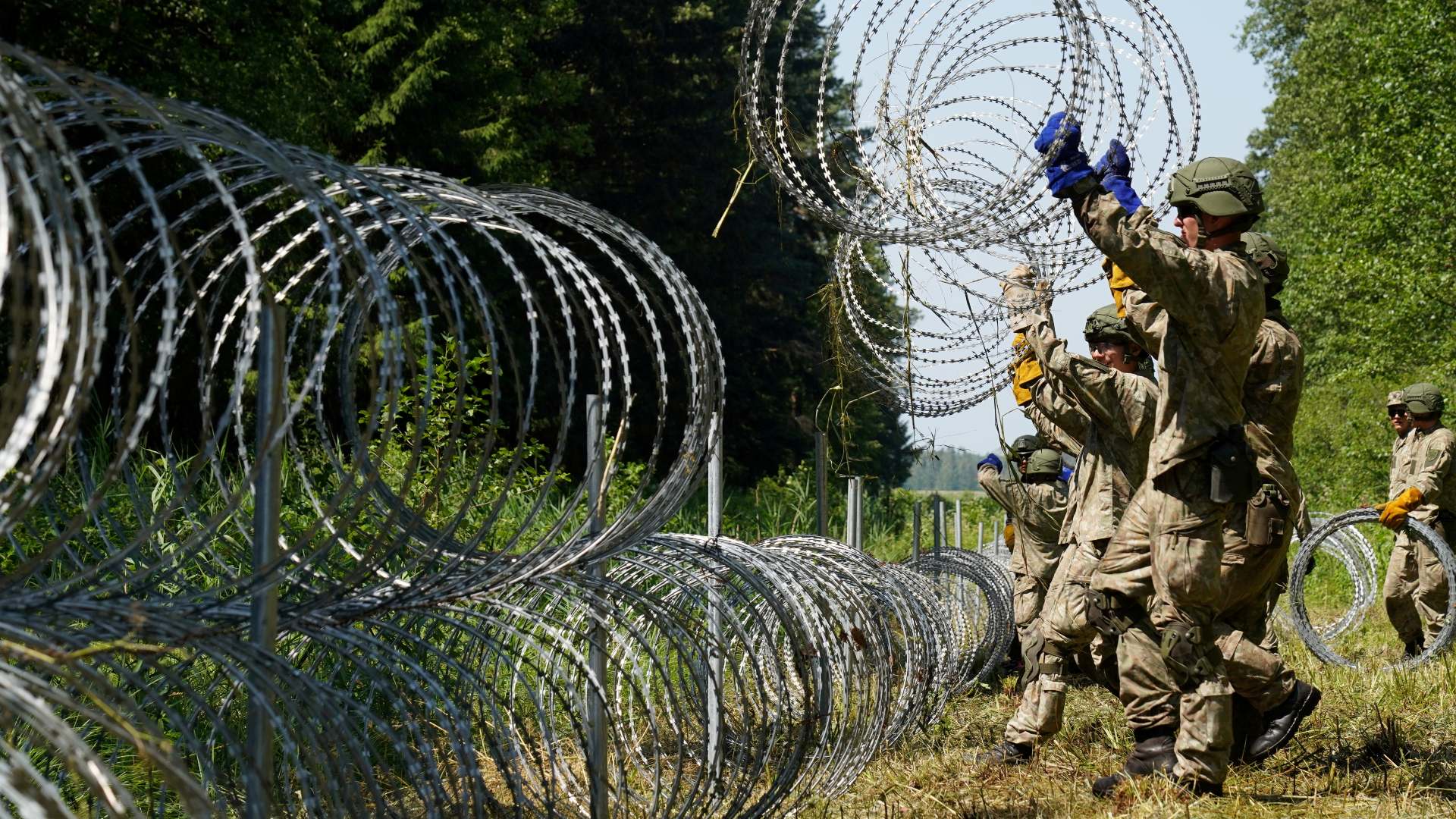 Poland and Lithuania have called on European institutions for help to respond to a growing number of migrants crossing into the country from Belarus, a situation Poland has called "a hybrid war."

Both countries have experienced an increase in migrants crossing their borders, and both the EU and Lithuania have accused Belarus of purposefully allowing migrants to cross over as retaliation for the sanctions the EU imposed on Belarus for stopping a Ryanair plane to arrest a journalist in May.

This year, Lithuanian border control authorities have detained 4,000 people who have crossed its border with Belarus, a jump from only 81 people in 2020.

Over the past two days, Poland has experienced a similar increase. Polish Border Guard said it stopped 62 people from crossing into the country on Wednesday and 71 others between Wednesday and Thursday night. Last month, 242 people were detained – compared to only 122 migrants stopped on the same border during the whole of last year.

"There are both young men and women with children. Belarus is using these immigrants as a living weapon," said Maciej Wasik, a Polish deputy interior minister.

"In recent days, we have seen an increase [in migrants]. We treat it as a reaction to the granting of asylum to the Belarusian sprinter." Krystsina Tsimanouskaya was granted refuge by Poland after she was forced to leave the Olympics for criticizing her coaches on Instagram.

Polish and Lithuanian prime ministers Mateusz Morawiecki and Ingrida Simonyte issued a joint statement about the situation on Friday.

"We condemn the weaponization of irregular migration by the Lukashenko regime with a goal of exerting political pressure on the EU and its individual Member States," it said.

"We appeal to the European Commission, Frontex, EASO, all EU Member States and our partners outside the EU for the political and practical support provided in dealing with this challenge."

Ministers from the EU's 27 member states will meet on August 18 to hold crisis talks on the migrant influx.

Belarus has denied the accusations and is also looking into the death of an Iraqi man who died near its border with Lithuania.

The man was found after Lithuania said on Tuesday that it would push back against migrants crossing the border. According to reports, the man died after he was found by border guards in "serious" condition.

Belarusian President Alexander Lukashenko has since ordered a probe into his death.

Belarusian border guards also said they intercepted 40 people from the border who had "bodily injuries," including women and children.