Poland sees limited room for diplomacy and dialogue with Russia, a senior Polish official has said, despite attempts by French President Emmanuel Macron to persuade Warsaw to rethink its relationship with Moscow.

Macron told The Economist magazine in November it was time to rethink Europe's strategic relationship with Russia. He said there was "some concern" in Poland about his plan, but he was "starting to talk to them." 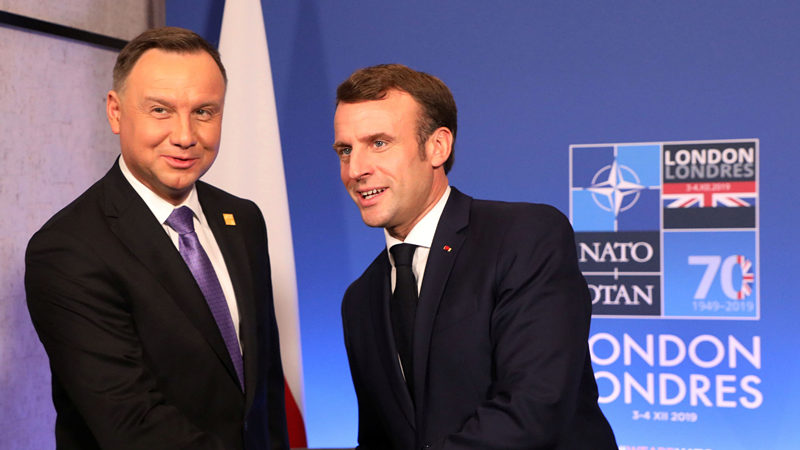 Poland was in the Soviet sphere of influence for four decades until the collapse of Communist rule, and relations have been strained more recently over the incorporation of Crimea into Russia in 2014 and differences over a plane crash in Russia that killed President Lech Kaczynski and 95 others in 2010.

"Today the room for diplomacy is limited. Room for dialogue is limited," Krzysztof Szczerski, a senior presidential aide, told Reuters in an interview in which he said Macron was expected to visit Poland in the first half of next year.

"Russian politics could change, it could open the road for wider dialogue, but it would require a shift in conditions. First of all, a departure from the politics of force in the region.”

Russia's lack of willingness to share the wreckage, the black box flight recorders and other evidence from the Smolensk crash site have harmed relations, he added.

Poles are divided over what caused the president's plane to crash while trying to land in fog at Smolensk military airport on April 10, 2010. Most believe it was a tragic accident but some say it was a planned assassination.

Russia has rejected such suggestions and accusations that it mishandled the remains of Kaczynski and other Polish dignitaries who were killed in the crash before they were handed over to Warsaw.

At receptions in London during a NATO summit this month, Macron listened to the concerns of eastern European leaders, Szczerski said.

Polish President Andrzej Duda said after meeting Macron at the summit that Russia is "no enemy" and described Russia as "a partner and neighbor."

Polish officials had previously said Europe should not consider warming ties with Russia. But Szczerski said Macron had not influenced Duda's position at the summit.

'As a country that neighbors Russia we will never push for antagonism in the West's relationship with Russia, because then we can become a victim of that antagonism," Szczerski said.

Relations between Poland and France have been fragile in recent years, in part since Poland in 2016 called off a 3.5-billion U.S. dollar contract for military multipurpose helicopters from Airbus.