Poland could end up leaving the European Union because of plans by the ruling nationalists that would allow judges to be fired if they question the legitimacy of the government's judicial reforms, the Supreme Court said on Tuesday.

The court said the plans could contravene European law and exacerbate existing tensions between Brussels and Poland's ruling Law and Justice party (PiS).

"Contradictions between Polish law and EU law ... will in all likelihood lead to an intervention by the EU institutions regarding an infringement of the EU treaties, and in the longer perspective (will lead to) the need to leave the European Union," Poland's Supreme Court said in a statement. 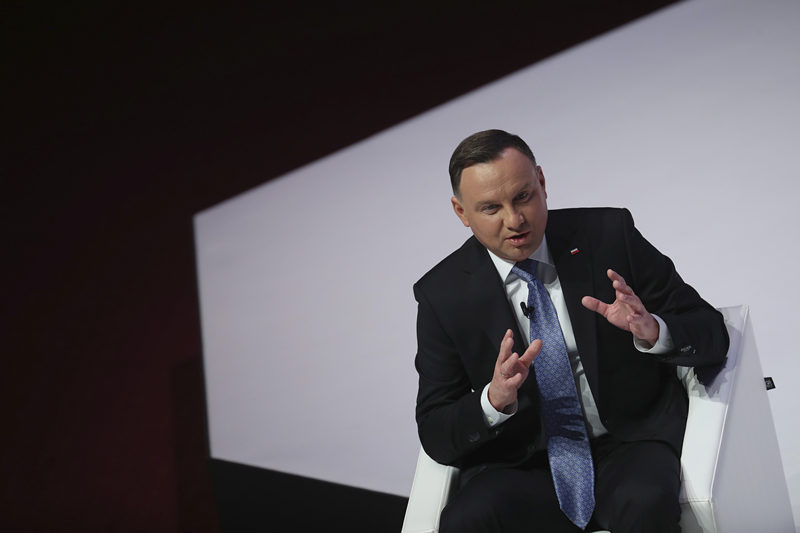 Poland's President Andrzej could replace the court president before the next election under the proposed law, according to the ruling. Credit:  AP Photo/Francisco Seco

The EU has accused PiS of politicising the judiciary since the party swept to power in 2015. Pis says its reforms are necessary to make the court system more efficient.

Under draft legislation now before parliament, PiS aims to prevent judges from ruling that peers, nominated by a panel appointed by the party, are not independent.

"The Commission has a very clear position on protecting the judiciary from political interference," European Commission spokesman Christian Wigand told Reuters in response to the Supreme Court statement.

"The Commission continues to follow the situation closely. We remain ready and available to discuss with the Polish authorities ways forward to resolving the issues at hand."

The EU said on Monday it would investigate whether the draft law undermines judicial independence.

The Supreme Court statement also said the proposed bill was "evidently" designed to allow President Andrzej Duda, an ally of PiS, to pick a new head of the court before a presidential election expected in May.

The current head of the Supreme Court, Malgorzata Gersdorf, is due to stand down in April. She was appointed before PiS came to power and has been openly critical of the party's reforms.

Gersdorf has called a meeting of all judges for March 17 so they can participate in the process of choosing the next head of the Supreme Court, court spokesman Michal Laskowski told a news conference on Tuesday. 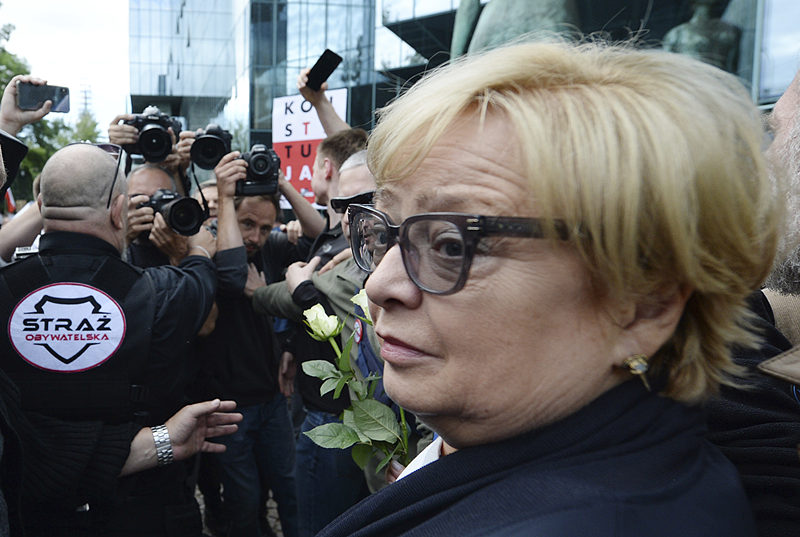 The president of Poland's Supreme Court, Malgorzata Gersdorf, defied a new law forcing her and many other of the court's judges to retire while their terms are still running. Credit: AP Photo/Czarek Sokolowski

Moves by Hungary and Poland to bring their courts and media under tighter state control have led the European Commission, the EU's executive arm, to begin rule-of-law investigations that could in theory lead to a suspension of their EU voting rights.

Brussels is considering tying adherence to the rule of law and democratic standards with access to EU budget funds.

Poland joined the EU in 2004 and public support for membership remains strong, despite the tussles between Brussels and PiS. Poland is a major beneficiary of EU funds for its farmers and infrastructure projects.

There is no mechanism for the EU to expel a member state. So far only Britain has chosen to leave the bloc, following a referendum in 2016. It is expected to exit the EU next month.