Poland's government is postponing the publication and implementation of the controversial high court ruling that last month approved a ban on almost all abortions in the country.

Protests have rocked Poland since the country's Constitutional Tribunal announced its decision on Thursday October 22 to halt pregnancy terminations for fetal abnormalities, indirectly but effectively banning all abortions in the country. 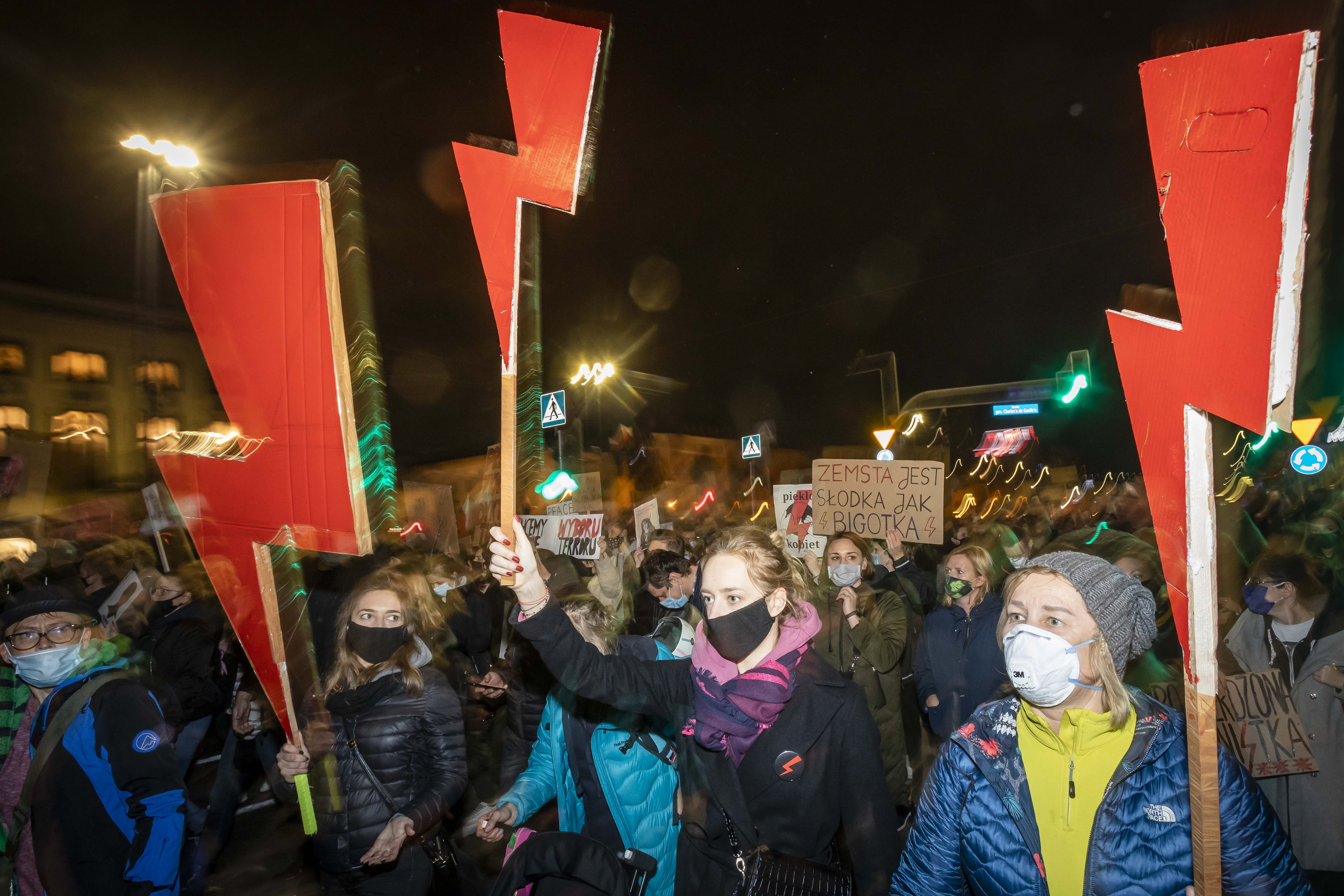 Protesters holding signs in front of the house of Jaroslaw Kaczynski, leader of Poland's ruling Law and Justice party (PIS) in Warsaw on October 30. /Wojtek RADWANSKI/AFP

For the past two weeks, thousands of protesters have been marching in the streets of the capital Warsaw and other cities across Poland to protest against the ruling right-wing Law and Justice party (PiS) and the constitutional tribunal's ruling.

On Friday, about 100,000 people demonstrated in Warsaw, the biggest anti-government protest to take place in Poland under the ruling conservative party. 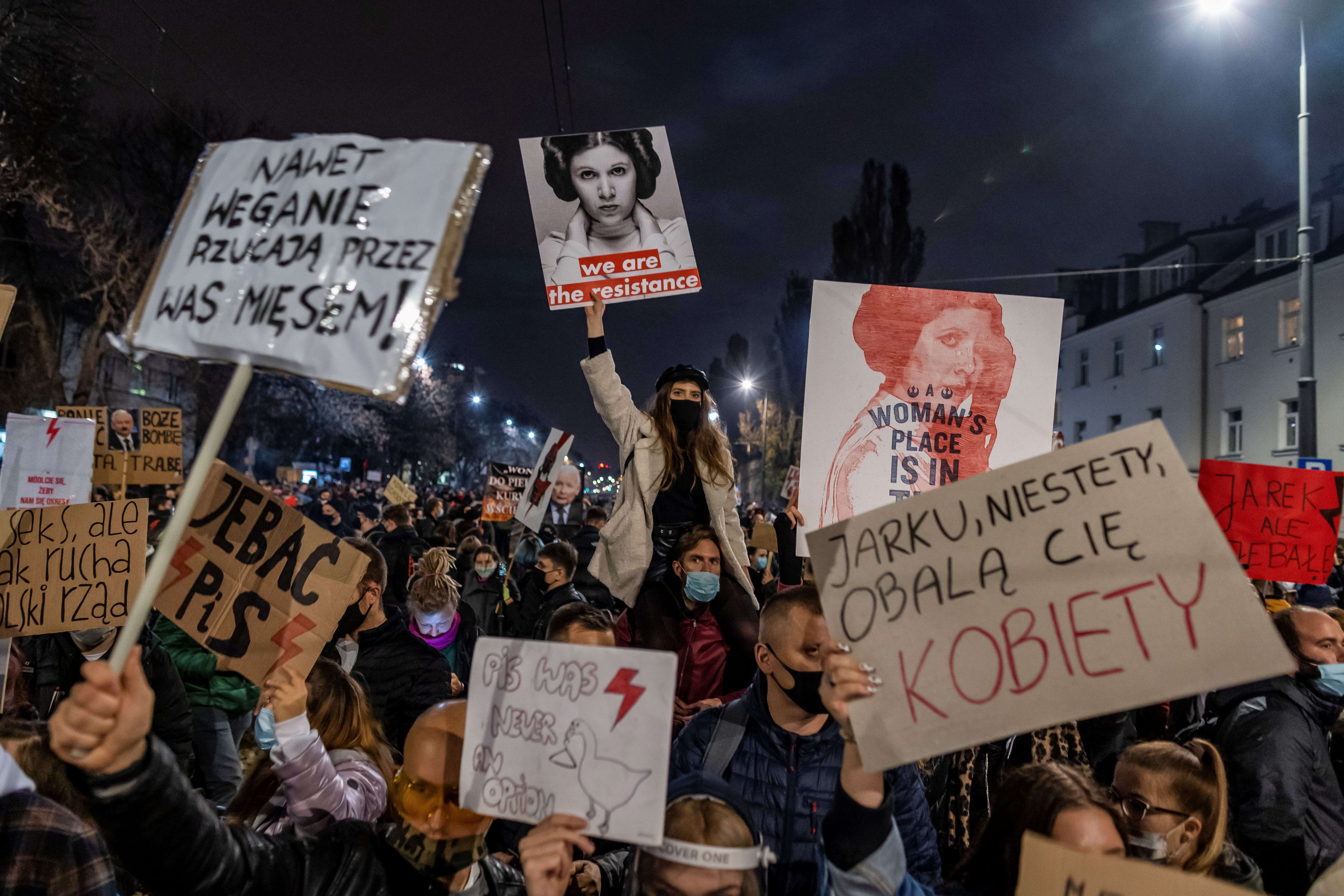 The new, stricter ruling on abortion was expected to be published on Monday, but the Polish government has postponed it. Rulings, which are normally published by the government in the Journal of Laws, have no legal power when unpublished.

The government is taking the time to review and debate the ruling in light of the public reaction and is asking protesters to engage in conversation with the government to find a solution.