WORLD Poland govt in quarantine after minister diagnosed with virus

Poland govt in quarantine after minister diagnosed with virus 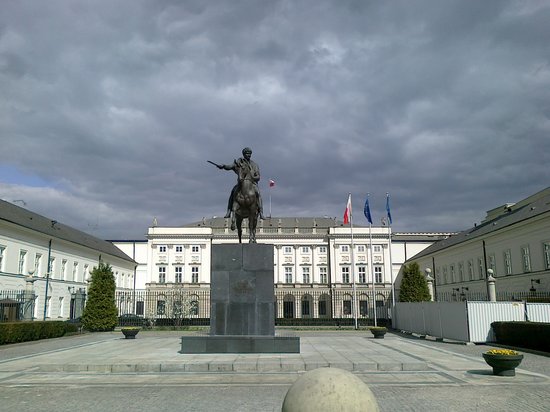 Poland's government was under quarantine on Tuesday after one minister tested positive for the novel coronavirus as authorities introduced sweeping measures to combat the spread of the disease.

All members of the government who attended a March 10 meeting had been tested and the results should be known Tuesday, said Michal Dworczyk, head of the prime minister's chancellery.

"Until that time, all these people remain in quarantine," he told Polish Radio.

Poland's Environment Minister Michal Wos said Monday he was under quarantine after testing positive for the novel coronavirus, adding that he was feeling fine.

Prime Minister Mateusz Morawiecki was among the 15 government members under self-quarantine on Tuesday, along with the ministers of health, defence, interior, justice and culture, Dworczyk said.

Government members were all "working remotely", he added.

A nation of 38 million people, Poland was among the first EU members to introduce sweeping measures to contain the spread of the deadly novel coronavirus, including shutting its borders to foreign travellers, closing schools and urging citizens to stay home.

It had 205 confirmed cases of COVID-19, including five deaths, as of Tuesday morning, with the health ministry warning cases could rise above 1,000 this week.