The Latest on the stabbing of a Polish mayor (all times local):

A spokeswoman for Poland's ruling right-wing party has condemned a knife attack on an opposition city mayor as "barbaric" and has called for less aggression in politics. 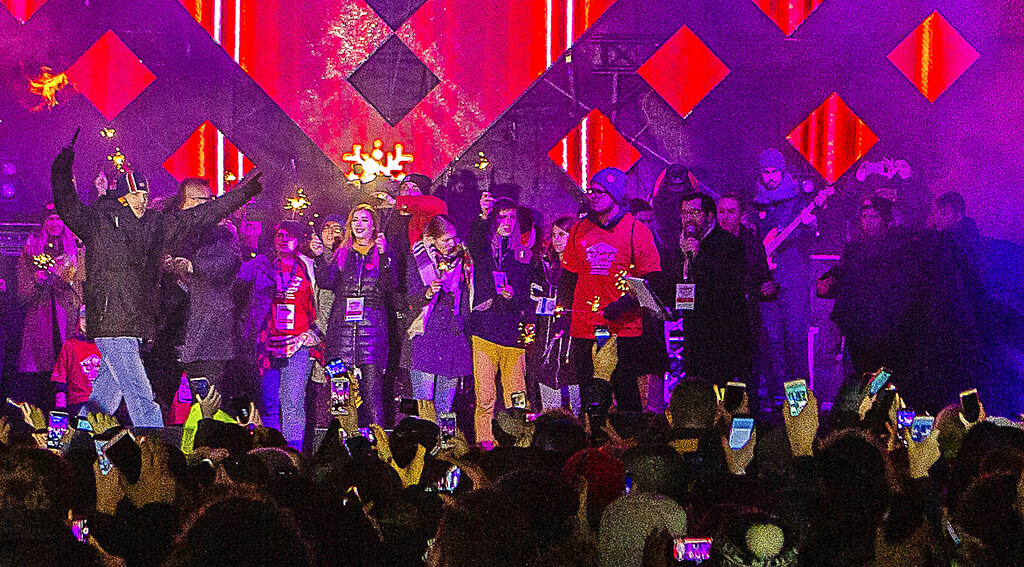 Gdansk Mayor Pawel Adamowicz remains in very serious condition after suffering wounds to his heart and internal organs in the Sunday attack by an ex-convict who said it was a political revenge on a party Adamowicz formerly belonged to.

Beata Mazurek of the Law and Justice party said Monday that the attack on Adamowicz should be "absolutely condemned by all, regardless of what side of the political stage they are on, or whether they are politicians."

She stressed such attack should never have taken place.

Mazurek said politicians in Poland need "greater responsibility for words, for deeds" because "there is no shortage of madmen on both sides" of the political spectrum.

The Polish city of Gdansk is holding a blood collection for its mayor, who remains in serious condition after being stabbed in the heart and the abdomen. 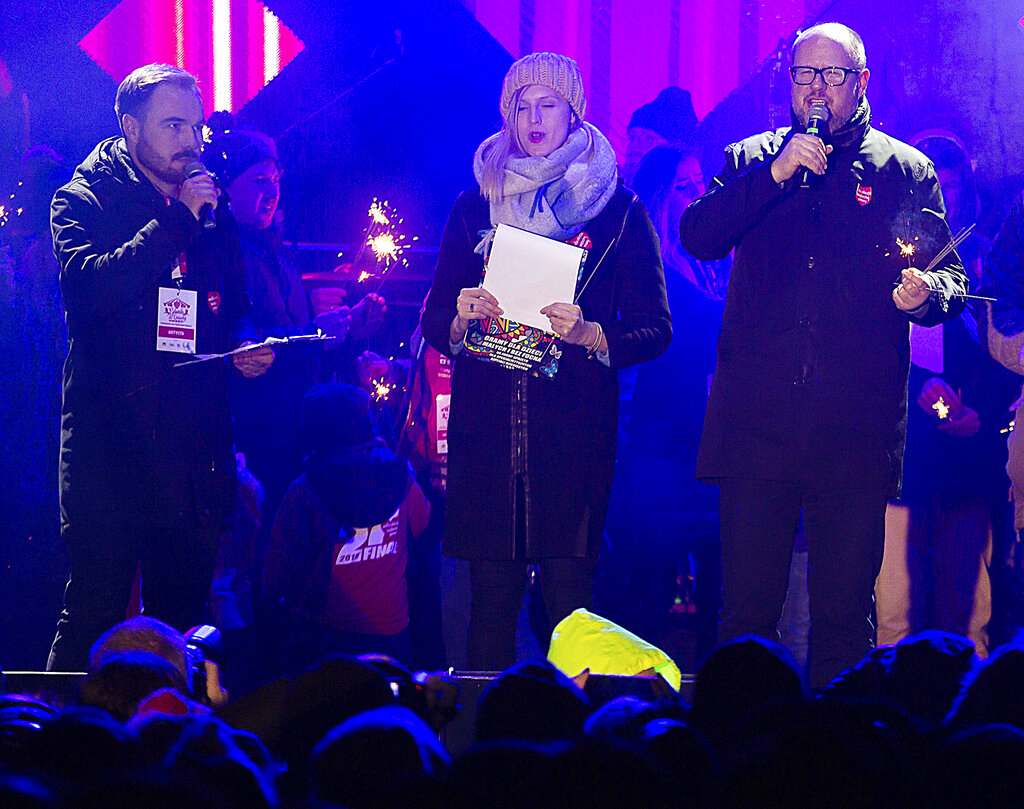 Gdansk Mayor Pawel Adamowicz,right, far right, speaks to an audience shortly before he was stabbed in Gdansk, Poland, on Sunday Jan. 13, 2019.

Doctors operated for five hours on Mayor Pawel Adamowicz, who was stabbed during a popular charity event Sunday by a convicted criminal who called it political revenge.

Gdansk is holding a blood collection for Adamowicz on Monday. A rally against violence is also planned.

Gdansk Archbishop Leszek Slawoj Glodz, who was at the hospital during the surgery, said he was praying for a "miracle."