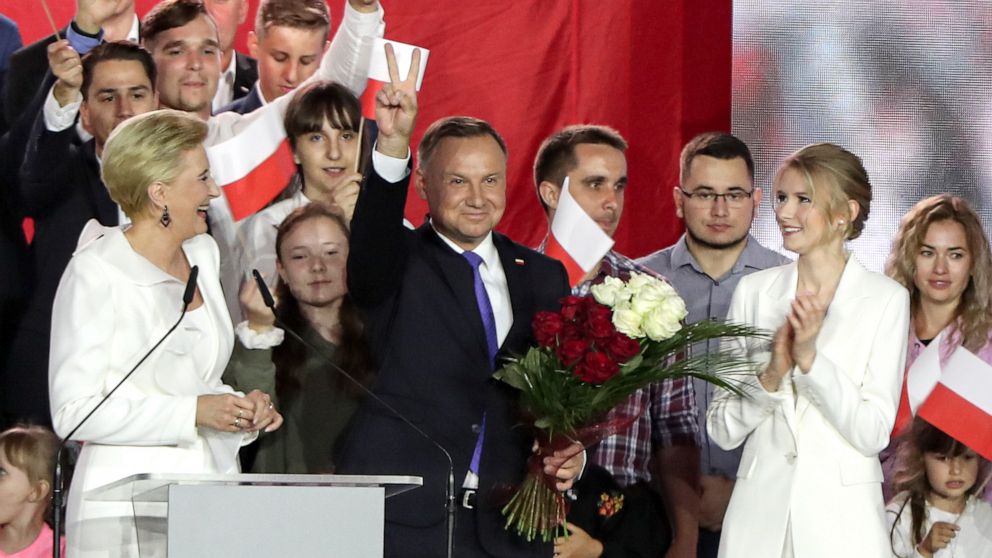 
WARSAW, Aug. 3 (Xinhua) -- Poland's Supreme Court rejected legal challenges on Monday against the validity of the presidential elections filed by voters and opposition groups, and declared the results of the voting held on June 28 and July 12 as final.

The elections were won by incumbent President Andrzej Duda, also an ally of the ruling Law and Justice party who got 51 percent of the vote, in a runoff against Rafal Trzaskowski, the mayor of Warsaw and candidate of opposition group Civic Coalition (KO) who won 48.97 percent of the vote.While the Supreme Court did see the ground for over 90 of almost 6,000 protests filed by voters and opposition groups, none of the irregularities influenced the final outcome, the top court ruled.Protests were filed due to mail-in ballots not delivered in time to some voters abroad, active campaigning by government institutions on behalf of the incumbent, partiality of the public broadcaster TVP, as well as the circumstances surrounding the postponement of the elections originally scheduled for May 10.Despite being marred by the COVID-19 pandemic, the turnout of the elections reached 68.12 percent, which is 0.08 percentage point short of the record set in 1995.Trzaskowski, who ran as a moderate Christian Democrat, dominated among voters in urban areas. Duda drew record numbers of voters, primarily from the countryside.