Poland to build Belarus border fence to keep out migrants 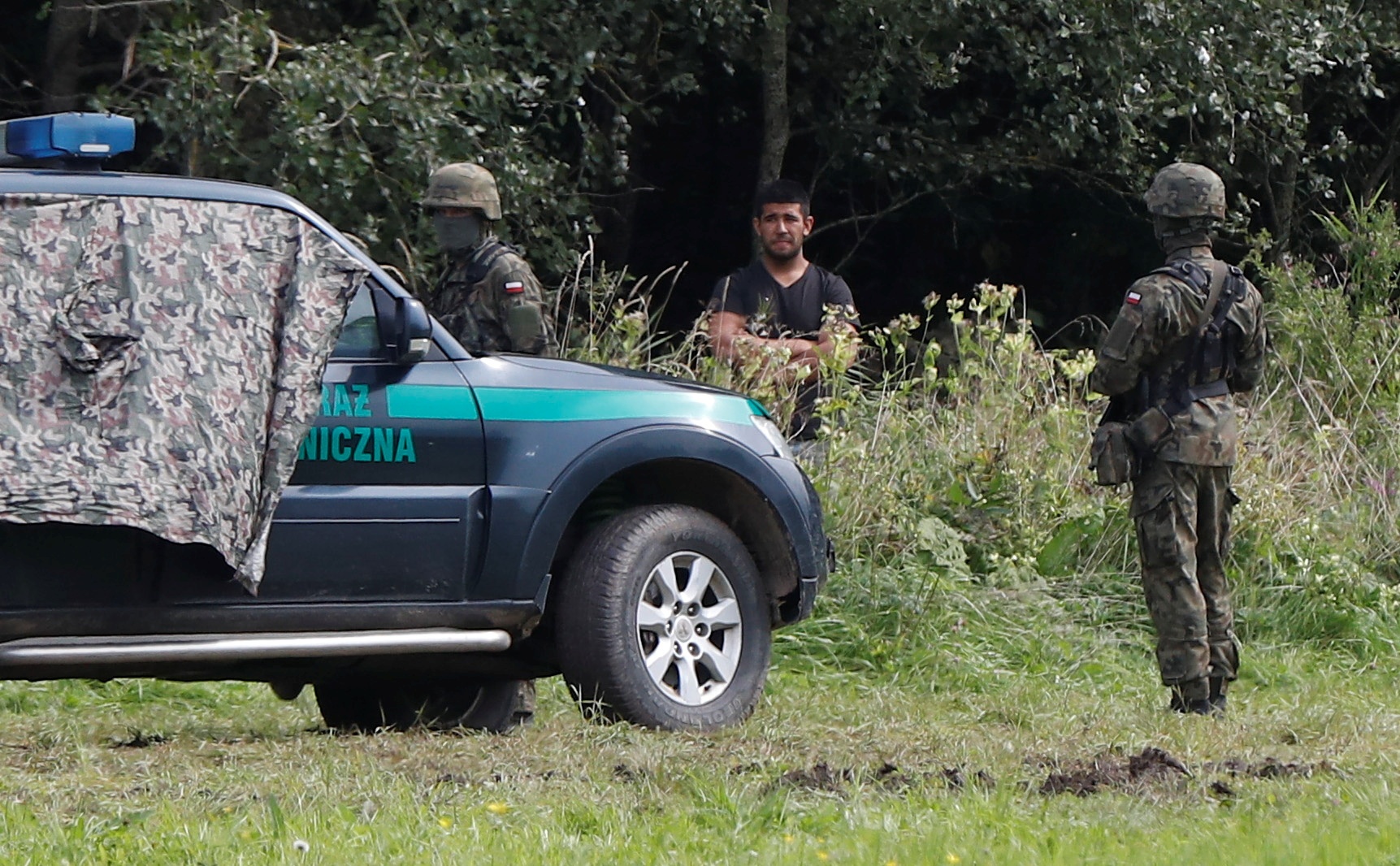 Polish border patrol officers next to a migrant stranded on the border between Belarus and Poland near the village of Usnarz Gorny, Poland, August 23, 2021. (Photo: Kacper Pempel)

Poland's defence minister says the country will build a fence 2.5 meters high along the border with Belarus in an attempt to stop migrants crossing into the European Union.

Over the past few months, Poland and neighboring countries Lithuania and Latvia have reported a sharp rise in the number of people crossing borders near Belarus. Early in the summer, Lithuania began to report the impact – with government figures showing a total of 4,141 people have illegally crossed into the country this year. That's compared with 74 in the whole of 2020.

However, only 21 people have made it across the border since August 10, when Lithuania resorted to pushing back migrants coming from Belarus and increasing border patrols. According to the country's Interior Ministry, almost 2,000 were denied entry around the same time.

The European Union has accused Belarus's President Alexander Lukashenko of waging "hybrid warfare" by driving migrants into the bloc in retaliation for recent sanctions. Many of the migrants trying to cross the borders have come from Africa, Iraq and Afghanistan, with Belarus in some circumstances accused of flying in people and driving them toward EU countries. President Lukashenko has said he will not hold back migrants because of sanctions his country is facing, after last year's disputed election and a crackdown on protests and dissidents.

Lithuania began building its border fence in July, with the government announcing it will be complete by September next year. The 3 meter-high structure topped with razor wire will run more than 500km in length and cost more than $178,000. "The physical barrier is vital for us to repel this hybrid attack, which the Belarus regime is undertaking against Lithuania and the EU," Prime Minister Ingrida Simonyte said.

Poland's plan to build a fence comes as more soldiers are deployed to a no man's land between Poland and Belarus, where Afghan migrants have been stranded for two weeks under the control of border guards. It's understood the group is currently made up of 24 people after some were taken away by Belarusian guards.

Poland has been heavily criticized by human rights groups over the treatment of the stranded migrants. Protesters gathered in Krakow on Sunday to show solidarity with the Afghan people following the Taliban takeover – and to call for migrants to be taken in by the Polish government. The group held signs and bore slogans on their faces reading "People are not illegal" and "Afghan lives matter."

So far, Poland's government is standing firm by not allowing the migrants to enter Polish territory – with the deputy foreign minister telling reporters that would encourage further illegal migration and would also play into Lukashenko's strategy. "These are not refugees, they are economic migrants brought in by the Belarusian government," said Marcin Przydacz.