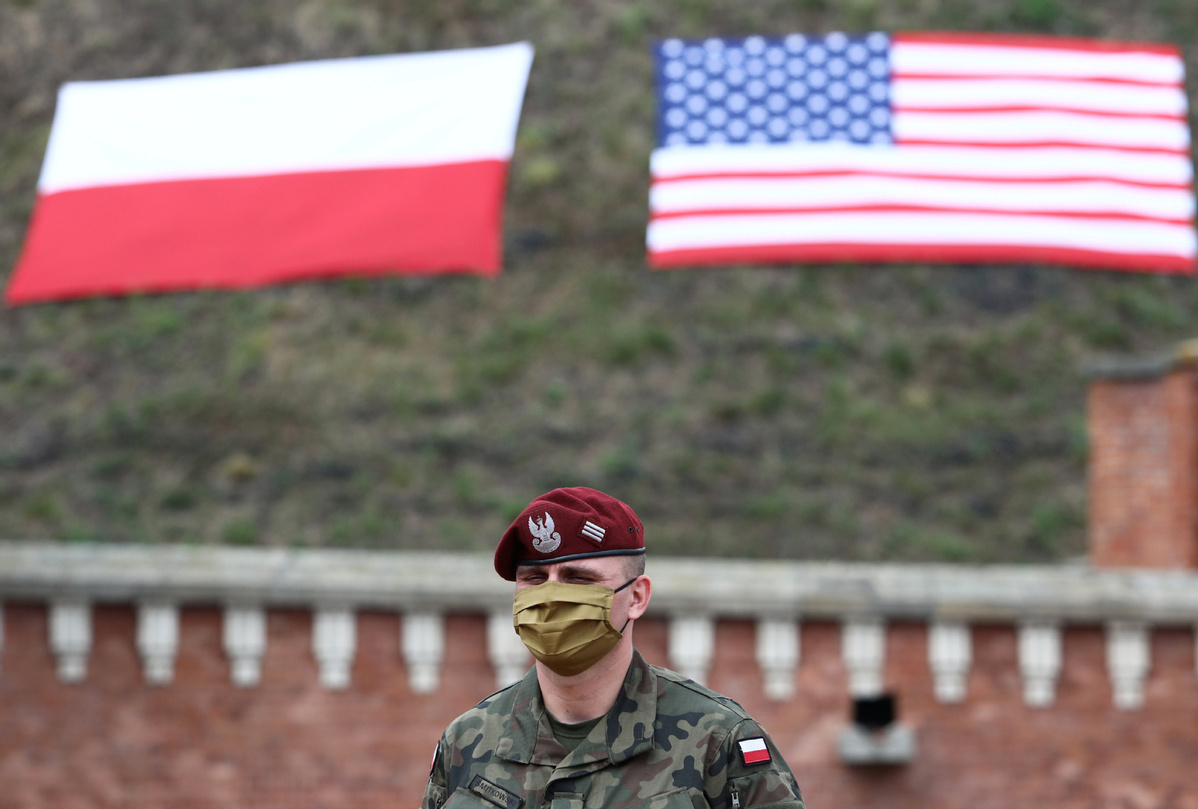 A Polish serviceman wearing a protective fave mask stands guard during a meeting on the U.S. troop deployment in Poland, attended by Polish Defence Minister Mariusz Blaszczak, US Ambassador to Poland Georgette Mosbacher and US Army commanders, in Krakow, Poland August 4, 2020. (Photo: Agencies)

WARSAW-- A contingent of 200 US troops permanently based in Poland will form the core of the US military presence in the country, Polish Defense Minister Mariusz Blaszczak announced on Tuesday after meeting U.S. Army Chief of Staff James McConville in Krakow in southern Poland.

They discussed the Enhanced Defense Cooperation Agreement, a legal framework for the stationing of U.S. troops in Poland. The deal was politically agreed upon by the two countries on July 30 and will be signed soon, according to the Polish Defence Ministry.

The core of the agreement consists of the opening of a base in Poland -- expected in 2021 -- for the 5th Corps of the U.S. Army. Combined with other units that will rotate in the European country, the total number of American soldiers will increase by 1,000 to around 5,500.

"This decision is the crowning achievement of our efforts to increase the presence of U.S. troops in Poland," Blaszczak said during a press conference.