WORLD Poland urged to take in migrants amid Belarus row

Poland urged to take in migrants amid Belarus row 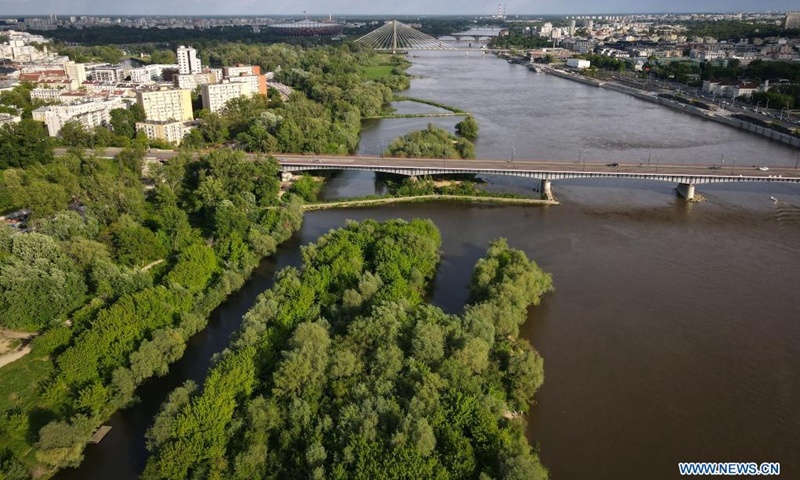 Aerial photo taken on May 21, 2021 shows a view of the Vistula river in Warsaw, Poland. The Middle Vistula Valley is included in the EU's Natura 2000 network of protected areas with unique habitats for endangered species of flora and fauna. (Photo: Xinhua)

The UN refugee agency on Tuesday urged Poland to take in a group of migrants believed to be from Iraq and Afghanistan who have been stranded on the border with Belarus for more than two weeks.

Thousands of migrants - mostly from the Middle East - have crossed the border from Belarus into the eastern EU states of Latvia, Lithuania and Poland in recent months.

Brussels believes the influx is being deliberately engineered by the government in Minsk in retaliation against EU sanctions - an accusation that Belarus denies - and Poland has called it a "hybrid attack" on the bloc.

Poland has said it will not allow the migrants in, with Polish Prime Minister Mateusz Morawiecki saying that this would be giving in to "blackmail" from Belarusian strongman Alexander Lukashenko.

Morawiecki insisted on Tuesday that the migrants "are on the Belarusian side of the border."

Around 30 migrants have set up a makeshift encampment just inside Belarus near the Polish village of Usnarz Gorny.

"We call on the Polish authorities to provide access to territory, immediate medical assistance, legal advice and psychological support to these people," Christine Goyer, UNHCR representative in Poland, said in a statement.

The UNHCR said it was "concerned by the alarming reports regarding a group of several dozens of people" at the border, adding that they were believed to be from Afghanistan and Iraq and may require medical attention and international protection.