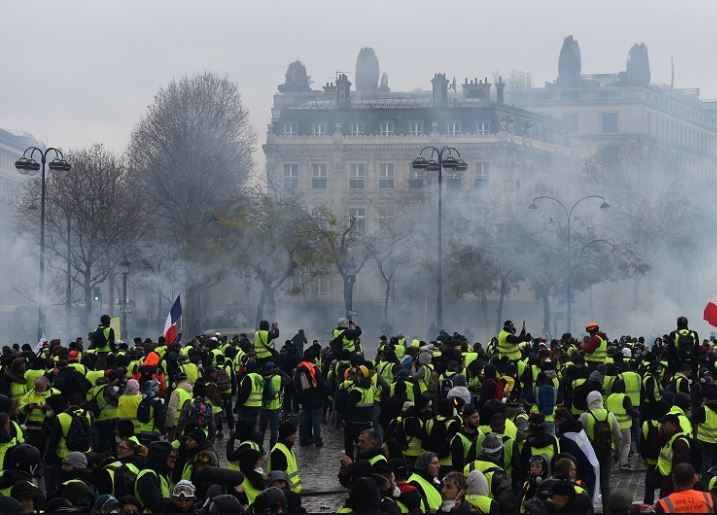 Citing the Paris police department, BFMTV news channel said among those arrested, 32 were placed into custody on charge of "conspiracy to commit violence and degrading."

Police found in their bags stones, slings and hammers, the report added.

The French government has beefed up security measures, including the deployment of a "significant" number of police officers and dozens of armored vehicles, to handle more threats of "great violence."

Authorities have deployed about 89,000 security forces nationwide. In Paris, 8,000 officers have been mobilized.

The "Yellow Vest" movement, which got its name from the fluorescent roadside security jackets worn by protesters, began on Nov. 17 in opposition to a rise in carbon tax which President Emmanuel Macron said was necessary to combat climate change. The protesters were furious at rising living costs and accused the government of favoring the rich by scrapping a wealth tax and hiking fuel taxes. Under nationwide pressure, the French government has decided to drop further fuel tax hikes in 2019 and indicated that all tax-related policies would be periodically evaluated.