WORLD Police break up Brussels celebrations after curfew is ended

Police break up Brussels celebrations after curfew is ended

The first weekend of relaxed COVID-19 social gathering rules in Belgium ended with clashes with police in central Brussels on Sunday night, despite attempts at light-touch policing, according to a local mayor. 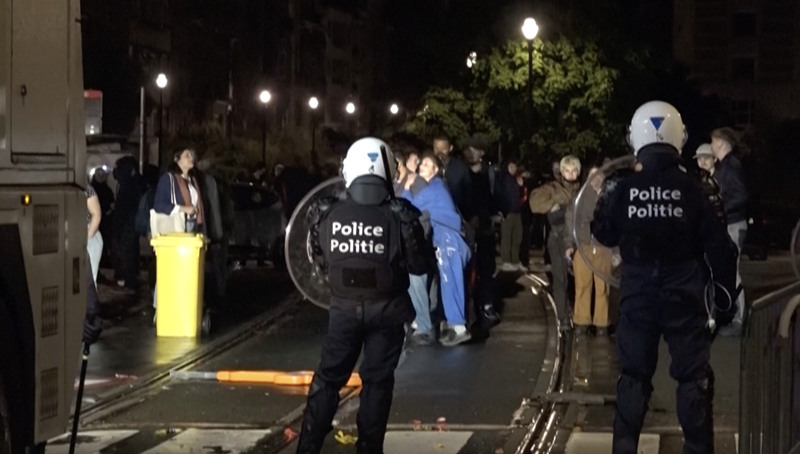 Police in riot gear, supported by a water cannon in Brussels on Sunday. /AFP/Jeremy Audouard

Restrictions were loosened at midnight on Friday, meaning cafes could open at 8 a.m. on Saturday and bars and restaurants remained open until 10 p.m.. The Brussels Times reported generally good-natured scenes in the Belgian capital, with police having to gently remind revelers and business owners of the restrictions that still apply. 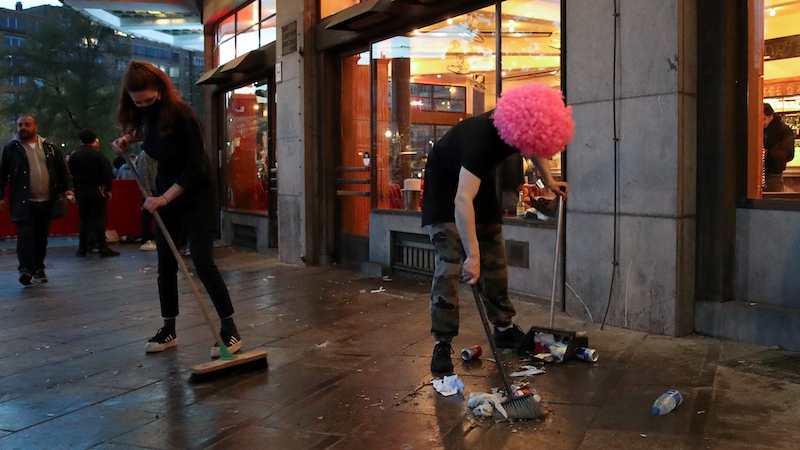 The clean-up begins after the first post-curfew weekend in Belgium. /Reuters/Yves Herman

But on Sunday, a public gathering organized on social media to celebrate the end of "curfew" swelled to approximately 1,500 at Place Flagey and fireworks were set off at a nearby lake. At that point, mayor of the Ixelles quarter, Christos Doulkeridis, told local media he did "not intend to intervene."

But that changed a few hours later, when the remaining 500 partygoers began to throw objects at the police. The police reacted with a water cannon, as they have at several similar "anti-lockdown parties" in the city.

"What do we do? We have already tried other methods, that is to say, there were other places where we had to intervene and in the end it was quite muscular," said Doulkeridis.

One person was hurt by a "projectile" and a policeman was injured when his car's windscreen was broken. Three people were arrested.